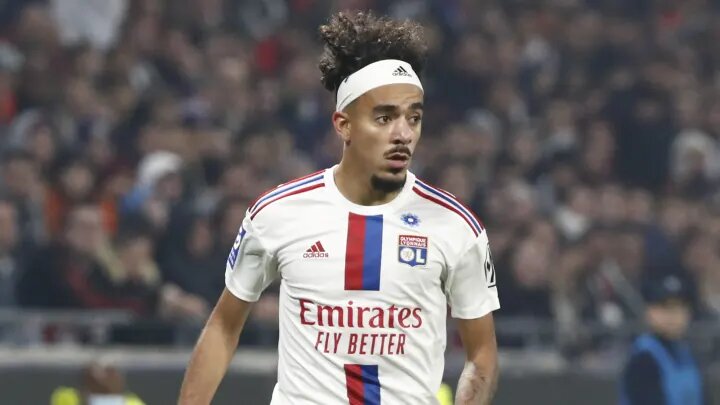 Lyon right-back Malo Gusto wants to join Graham Potter’s Chelsea, according to Italian journalist Fabrizio Romano on Twitter, which will be a blow to Antonio Conte’s Tottenham Hotspur.

Romano has claimed that Chelsea are in direct contact with Lyon over the signing of Gusto in the January transfer window.

The 19-year-old right-back wants to join the former Premier League and UEFA Champions League winners now and has already agreed personal terms on a long-term contract with the Blues.

However, according to Romano, Lyon have turned down Chelsea’s opening offer for the France Under-21 international midfielder and want him to stay at the club for the rest of the season.

Now, while Lyon turning down Chelsea’s opening offer for Gusto is good news for Tottenham Hotspur, that the player himself is keen on a transfer to Stamford Bridge to a blow to Spurs’ chances of signing him.

Last week, FootMercato reported that Tottenham are among the clubs who are interested in the teenager.

However, it is Chelsea who are pressing ahead with their interest in Gusto.

Now, just because they have had their opening bid for the right-back turned down does not mean that Chelsea are going to give up.

It is very likely that the Premier League giants will make a second bid for Gusto in the final days of the January transfer window.

If Tottenham have any chance of landing Gusto, then they simply have to make a bid.