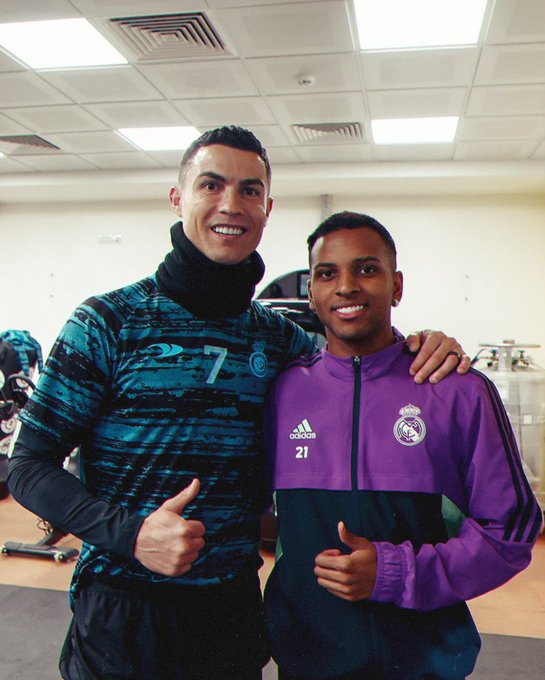 The Brazilian striker was able to meet his idol Cristiano Ronaldo after training in Saudi Arabia. The Portuguese international visited Ancelotti’s side as they trained at the Al Nassr stadium.

Real Madrid trained on Friday as they will face Barcelona in the Spanish Super Cup final. Xavi Hernandez’s side also went to penalties and knocked Real Betis out in the semi-finals.

Cristiano Ronaldo was watching the Spanish side’s training session as they trained at Al Nassr stadium.

Several players took a photo with the Portuguese star after training. Rodrygo was one of them and the Madrid striker wanted to post the photo on his social media: “Meeting my biggest idol!,” he wrote.

The right winger was saddened by the former Manchester United player’s departure when he signed for Madrid: “Playing with Cristiano Ronaldo was one of my dreams.”