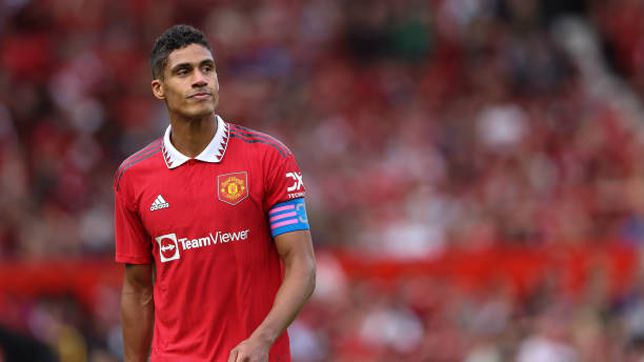 TeamViewer , the remote control software company, and Manchester United ‘s shirt sponsor for a year, has decided not to renew the sponsorship contract they signed with the Red Devils for 5 years once it expires in 2026. The company has lost 80% of its value in the last year.

Shares of TeamViewer have lost up to 80% of their value since a sponsorship deal with Manchester United was announced a year ago.

The German company signed a £235m deal in March 2021 to adorn the torso of the jerseys , replacing Chevrolet . A five-year agreement that financial analysts in Germany have already branded as ineffective since TeamViewer signed their signature. The share price had fallen 8% in the latest financial report presented on Wednesday . Once the announcement was made to withdraw the agreement with Manchester United , the company recovered 5%.

TimeViewer states “ Brand recognition has clearly increased last year through the partnership with United. “However, the company has decided to review its long-term marketing strategy in light of the current macroeconomic environment.”

According to the Daily Mail , Manchester United took on the sponsorship deal with TeamViewer for a reduction of 17 million pounds compared to the 64 million guaranteed with Chevrolet . Within the financial heart of the Manchester team they hope to find a replacement that meets the needs and cache of the club for 2026.

This comes days after news broke that Manchester United were to replace their manga sponsorship company Kohler with US company DXC Technology for an unknown amount and time frame.