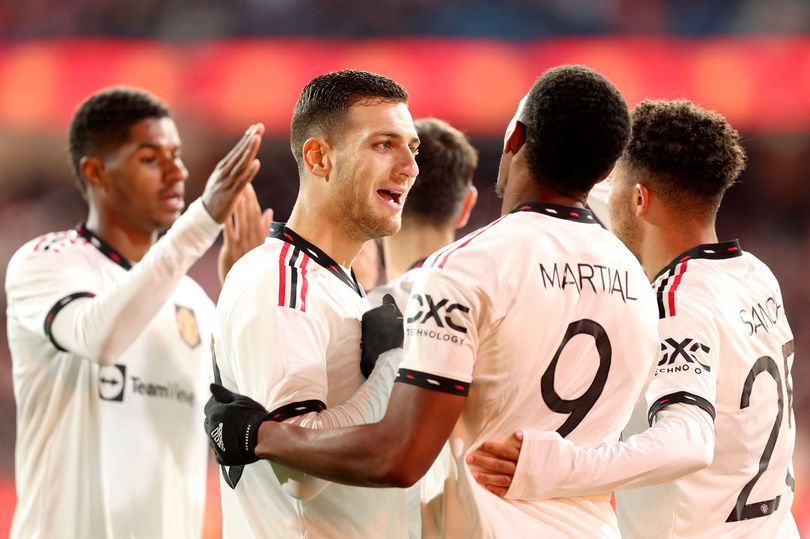 Made a good save at 1-0 on his first full 90 minutes of the pre-season tour but conceded softly to Joel Ward’s header. 6

Another fine performance from one of United’s best players on tour. Excellent assist for Anthony Martial and balanced his attacking and defending well. 8

Thrown by the boos early on but regained composure and contributed well at both ends, blocking a goalbound effort and finding the full-back. 8

With the attention firmly on Maguire, Lindelof was allowed to defend with a minimum of fuss and had little bother from Palace. 7

His most accomplished appearance so far and he was in sync with his new attacking teammates. Committed in defence, too. 7

The biggest weakness in the front six and fortunate not to be booked for an unnecessarily crude foul. Came off for Donny van de Beek at half-time. 5

Dropped deep to receive the ball and used it well to start attacks as United perfected their proactive possession-based game. 7

Switched wings more often than in previous matches in the first-half but still lively on the ball. Side-footed in his second tour goal to make it 3-0. 7

Adapting really well to Ten Hag’s style. Whereas last season he would impulsively rush it he has been patient and proactive. Sprung the opening for the second goal. 8

The quietest of the forwards until he bent it like Beckham with a cross that demanded to be put away. Scored coolly in the second and integral in move for third goal. 7

Had an excellent chance that was repelled by Jack Butland and finished the more difficult chance. Excellent work for the second goal. Another positive performance. 8

Beaten in the air by Joel Ward for Palace’s goal. 5

Had to move inside after Fish was expelled. 6

Received a good reception and was tidy again. 6

Recovered from lapse on the ball. 6

Wasted an opening on the breakaway. 5