How Manchester United Could Lineup With Two New Signings Despite already playing their first game of the new 2022-23 season, Manchester United have yet to complete their senior squad.

Although there was restored hope that United, having made three new summer signings, could get off to a flying start, Graham Potter’s Seagulls exposed the team’s lack of cohesion.

Even though their problems extend throughout the majority of the pitch, undoubtedly the 20-time league winner’s weakest area is in midfield – defensive midfield to be precise.

In response to Sunday’s abysmal performance and defeat, which saw Fred and Scott McTominay start in their familiar number six and number eight positions, ten Hag has been quick to delve back into the transfer market in search of at least one new midfield addition.

Juventus midfielder Adrien Rabiot is a leading candidate to leave Turin and arrive in Manchester (The Athletic), however, another player to recently emerge as a top target is Lazio’s Sergej Milinkovic-Savic (Telegraph).

Following both links, we have put together a team that ten Hag may lineup with should both players end up sealing moves to Old Trafford. 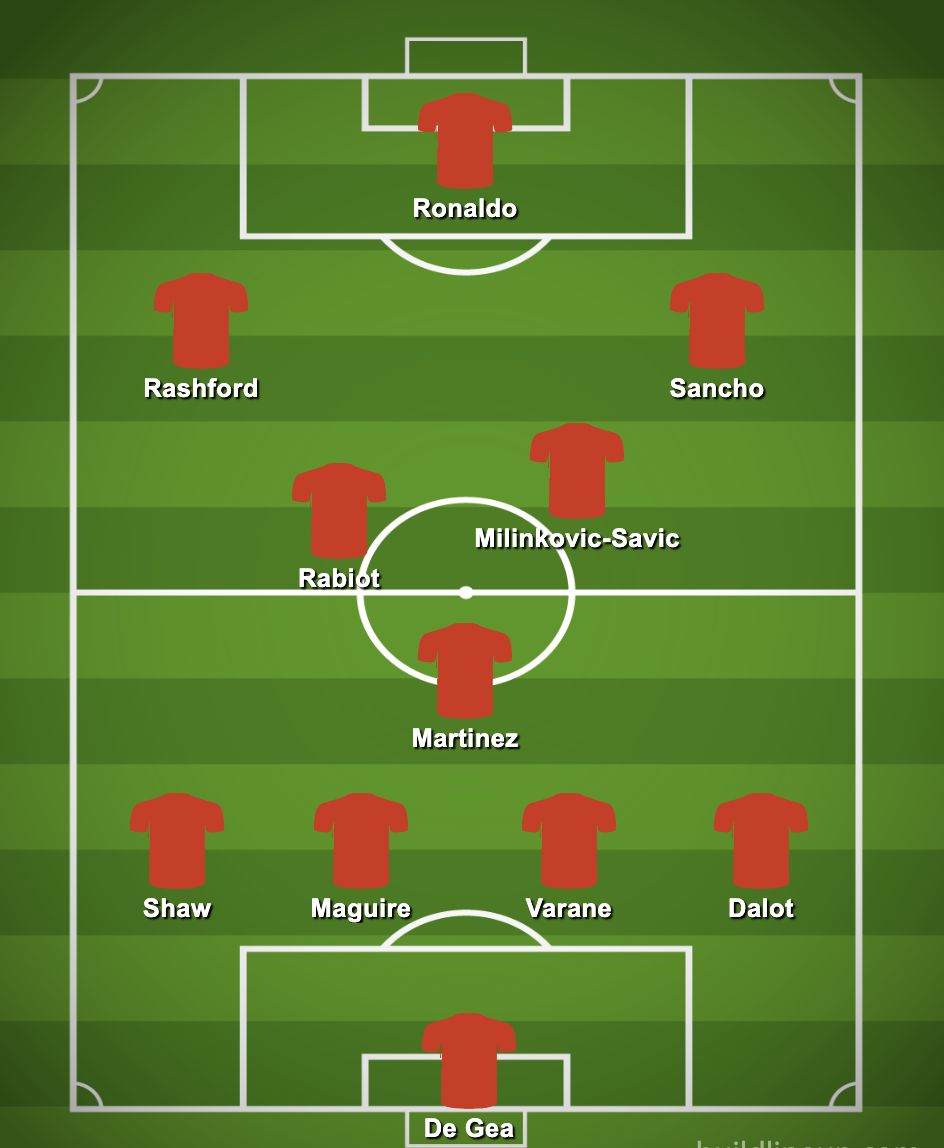 Given how poor attacking midfielder Bruno Fernandes has been in recent times, it wouldn’t be fair to include him at the expense of other players so for the purpose of this, we have dropped the Portugal international down to the bench.

Elsewhere, in light of United’s need for a midfielder capable of screening in front of the back four, we have moved Lisandro Martinez from centre-back into a defensive midfield role.

The tenacious South American is versatile and has played as a central defensive midfielder (CDM) many times so it isn’t like if his manager were to ask him to do a job there, he wouldn’t be able to.

As for Rabiot and Milinkovic-Savic, they’re both central midfielders by trade but the latter is used to playing in a slightly more advanced role – the pair could combine to give the Red Devils a much better balance.