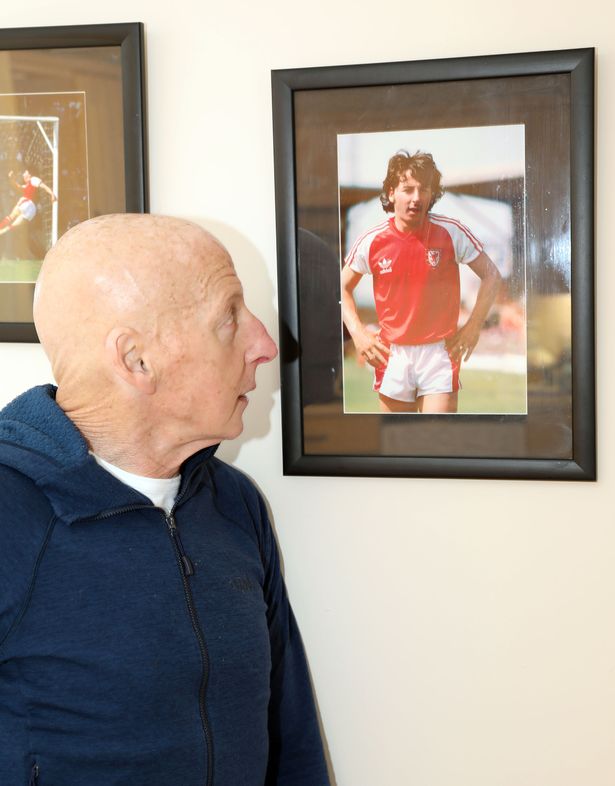 The Manchester United, Wrexham and Chelsea star was diagnosed with cancer in February 2019 after doctors found a large tumour in his oesophagus. The tumour was removed in May that year, but the post-operation chemotherapy hit him hard.

Now, the 67-year-old has been given the all clear.

“I didn’t think I’d ever make this If I’m truthfully honest,” he told BBC Sport Wales. “I’ve been through a bad 18 months. I had to have an operation to give me a chance of living. Hopefully now I’m on the right road to recovery.

“I’ve gone through a lot, as have my family, but I’ve had my friends around me and I’ve had great support throughout the footballing world.

“I’ve had a lot of people supporting me which has given me a big lift. Anyone who has been through cancer or any illness, you know how bad it can be.

“But when you get that support it does give you that energy to fight even harder.”

Thomas won 51 caps for Wales and spent three years at Manchester United between 1978 and 1981, making over 100 appearances for the Red Devils while being a huge fans’ favourite.

United responded to Thomas’ update by tweeting: “Fabulous news, Mickey. All the best from everyone at the club.”

The winger famously scored the equaliser with a superb free-kick when Wrexham, then of the fourth tier, knocked out league champions Arsenal in the 1992 FA Cup third round.

Thomas, made almost 300 appearances in two spells at The Racecourse and was a member of the famous 1977/78 promotion winning side.

Thomas then embarked on a successful career in the media, both in Manchester and Wales.