Donny Van De Beek To Miss The Rest Of The Season 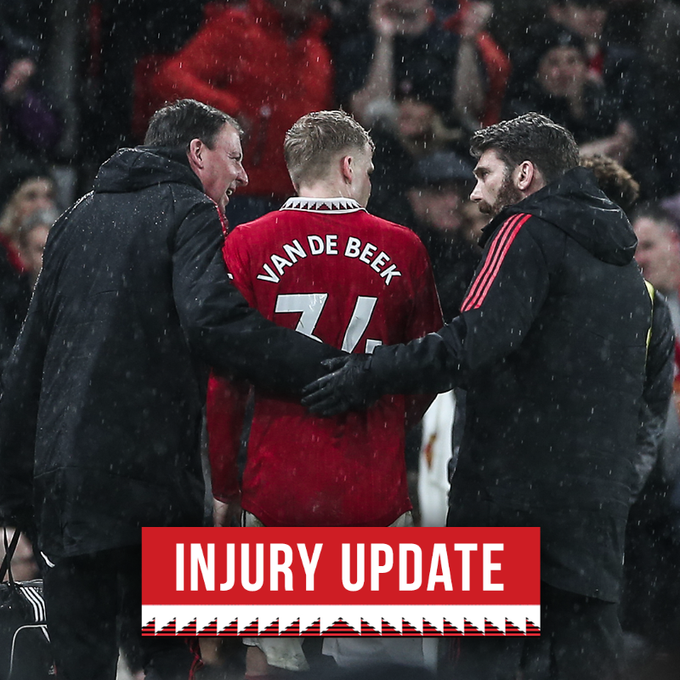 Manchester United coach Erik ten Hag confirmed at a press conference that Donny van de Beek has a knee injury that will cause him to miss the rest of the season.

The 25-year-old was injured in the Premier League match against Bournemouth when Marcos Senesi kicked him.

Donny van de Beek will not play again this season. The former Ajax player got his knee injured during Manchester United’s win over Bournemouth and has needed a few days of tests to find out his condition.

Man Utd coach Erik ten Hag confirmed it at a press conference and the midfielder will not be available until the 23-24 season. Furthermore, the player has not broken any bones.

“I think it is quite positive news. Of course, the bad news is he is out for the rest of the season, but the good news is, in the long term, his knee will be okay and he will be ready again to play at the highest levels and will be ready for the start of pre-season,” Ten Hag said.

Van de Beek has played 10 competitive matches for Manchester United this season after returning from his loan spell with Everton last campaign.