Dembele And De Jong, Doubts For Final Against Real Madrid 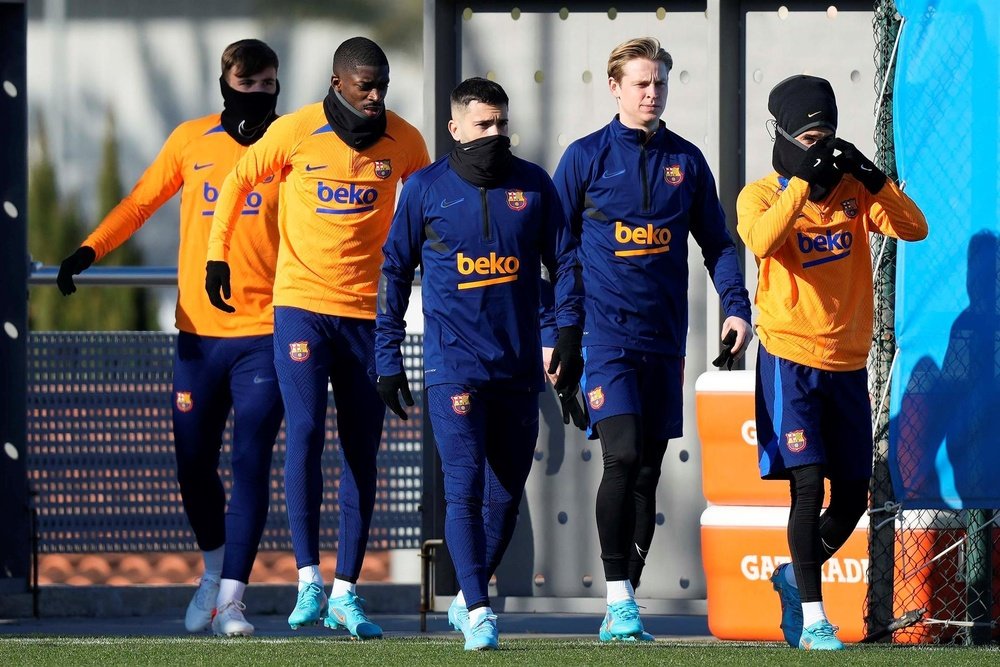 Barcelona are already preparing for the Spanish Super Cup final against Real Madrid. Ousmane Dembele and Frenkie De Jong finished the semi-final against Real Betis with niggles. As a result, they are doubts for next Sunday’s ‘Clasico’.

Barcelona held a recovery training session on Friday at the hotel in Saudi Arabia, where the Spanish Super Cup is being played.

Xavi Hernandez tried to look after Frenkie de Jong and Ousmane Dembele as much as possible. Both players finished the semi-final against Real Betis with niggles.

“De Jong and Dembele have been replaced due to discomfort. Let’s hope it’s just discomfort and that they are in good form for the final,” the coach said after the match.

For that reason, the Barcelona coaching staff prepared a recovery session. The official training session will take place on Saturday at the Al Nassr training complex.