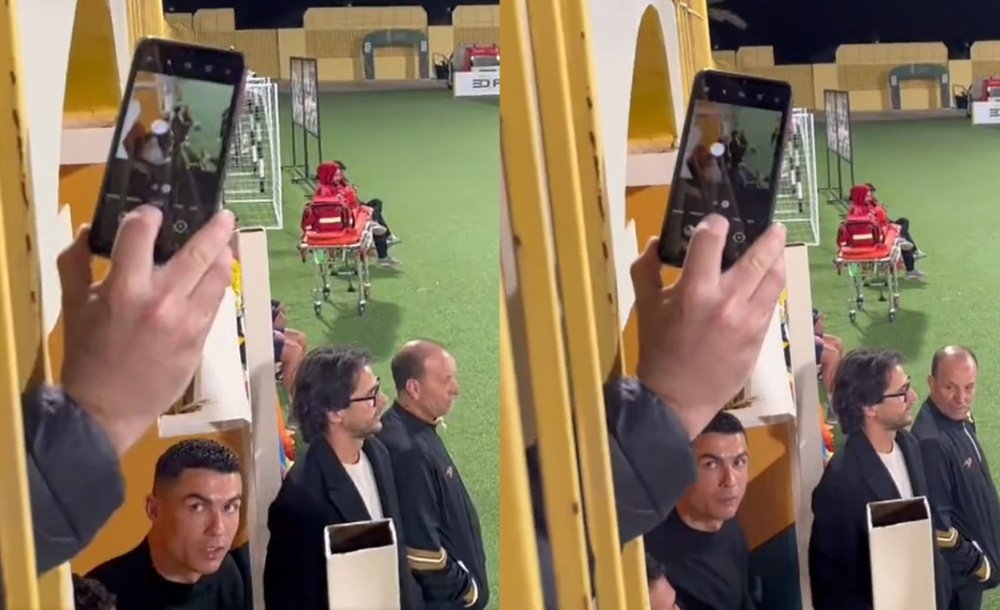 Ancelotti’s side were there to prepare for the Spanish Super Cup final. However, the Portuguese striker tried to keep a low profile so as not to draw attention.

The Portuguese striker returned the favour for Ancelotti’s side a few weeks after Cristiano Ronaldo trained at Real Madrid’s training complex. Madrid trained at the Al Nassr stadium after beating Valencia in the Spanish Super Cup semi-finals. Ronaldo was seen a little and carefully because he did not want to draw attention to himself.

According to ‘The Athletic’, the Al Nassr player peeked out at times to watch Carlo Ancelotti’s team in training or to smile in front of a photograph.

His former club’s squad were there because they are preparing for the Spanish Super Cup final, which is being held in Saudi Arabia. Barcelona will face Madrid in a grand final.

Real Madrid fans were very pleased to see Ronaldo attentive to Real Madrid’s training as it is the team where he had the best performances of his career.