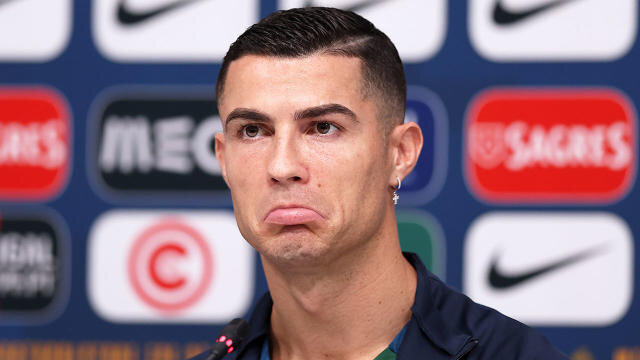 Recently, Cristiano Ronaldo has been making a lot of noise. A few weeks ago, Ronaldo sat down for an interview with Piers Morgan to discuss his career. This was a massive interview in which Ronaldo had many negative things to say about Manchester United. Additionally, he requested his release.

Consequently, Ronaldo was able to get exactly what he wanted. Just yesterday, Ronaldo was officially let go by Manchester United. Furthermore, the club released a statement about the move. Interestingly enough, they took the high road and wished him well.

Cristiano Ronaldo is to leave Manchester United by mutual agreement, with immediate effect.

The club thanks him for his immense contribution across two spells at Old Trafford.#MUFC

“The club thanks him for his immense contribution across two spells at Old Trafford, scoring 145 goals in 346 appearances, and wishes him and his family well for the future,” Manchester United wrote. “Everyone at Manchester United remains focused on continuing the team’s progress under Erik ten Hag and working together to deliver success on the pitch.”

Now, Cristiano Ronaldo will be looking for a new team. Unfortunately, that team will be without Ronaldo for a couple of games. According to TMZ, Ronaldo has been suspended for two games. This punishment stems from an incident in which he smashed a fan’s phone.

Overall, this was an unfortunate incident as Ronaldo claims the teenage fan was filming his bloody leg. This happened back in April, although the soccer superstar apologized. Furthermore, he even paid for the phone and offered for the fan to come to watch a game. Moreover, the suspension comes from the Football Association which had been investigating this incident for some time.

All-in-all, this has been a very weird time for Ronaldo. He has made numerous gaffs, and people are turning on him. However, he still has a whole army of fans who will defend his every move. That said, we can expect him to find a new team, very soon.