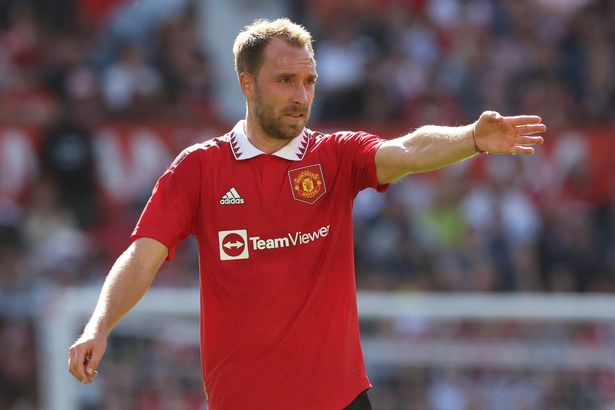 There won’t be many surprises when Erik ten Hag names his Manchester United side to face Brighton in the Premier League opener this weekend.

After a productive pre-season schedule, the Dutchman appears to have a strongest starting line-up in mind, hinted at by the minutes he gave to players this summer. That selection could change once signings are settled at the club, while there is also a desire to add others to the squad by deadline day.

But no matter what happens between now and the window closing on September 1, there is a core of players who seem certain of a starting role under Ten Hag whenever they are fit. That is the case with any manager at any club, but at United there has been an over-reliance on certain individuals more than most, given a lack of suitable squad depth.

United still have some way to go to get the squad to where Ten Hag wants it, but with the summer addition of Christian Eriksen, he has at least eased the demands placed on Bruno Fernandes. Ever since he signed for the club at the start of 2020, Fernandes has been virtually undroppable for United given his unrivalled creativity and attacking threat from midfield.

His immediate impact of 12 goals and eight assists from his first half of a season at the club made him the poster boy for a new-look United side and cemented his starting role for his first season in Manchester. This time he got even better; with 28 goals and 17 assists across the entire campaign, he firmly established himself as a world-class playmaker.

Even last season, his numbers were good; 10 goals and 13 assists during a dire season for the club. The problem is that numbers don’t always tell the true story and can often misrepresent what is really happening.

Throughout his time at Old Trafford, there have been ongoing concerns with his high-risk playing style and an often unspoken worry that his own personal success does not necessarily cater to the needs of the team.

Sure, United needed goals, which Fernandes helped with. But they also needed to be more intelligent with the ball, be patient in possession and battle hard to get it back when it is lost. The 27-year-old did that to a degree, but his often erratic approach of continuously looking for a killer pass or angle at goal meant it was regularly overlooked.

His turbulent form last season hardly affected his playing time either, with Fernandes featuring in 45 of the club’s 48 matches across all competitions, registering the most minutes of any outfield player at the club, second only to David de Gea.

The rejuvenated form of Juan Mata in the final matches of last season raised plenty of questions about whether or not United were right to be so faithful to Fernandes. And this season it looks like that debate might finally be answered with Eriksen’s arrival.

In his two pre-season outings, the Danish international oozed class with his passing ability and decision-making, providing plenty of food for thought about his own possible role in the line-up.

Although much of his game time at Inter Milan and Brentford came as a deep-lying playmaker, he still has the quality to operate as an attacking midfielder in the Premier League and he offers a viable alternative to Fernandes this season.

For the first time since he joined the club, United’s ‘midfield magnifico’ finally has a challenger to his throne.