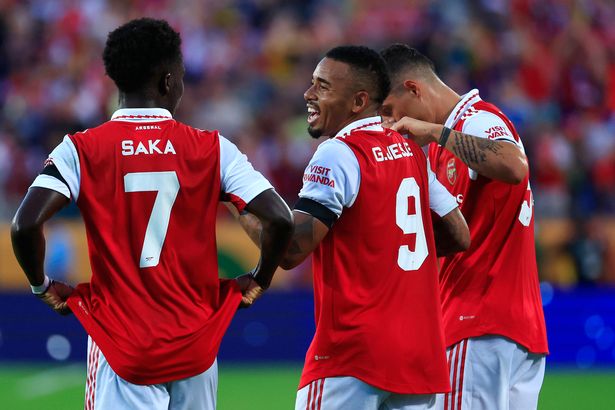 For the second successive season, Arsenal will kick off the new Premier League campaign, with Mikel Arteta’s side travelling across the capital to face Crystal Palace at Selhurst Park

Arsenal are looking to push on having finished fifth last season and go the extra yard to get a place back in the Champions League. And they will have the first chance to lay down a marker, when they begin the new top-flight campaign with a trip to Selhurst Park to face Crystal Palace on Friday night.

They have new options in attack with £45m striker Gabriel Jesus while Oleksandr Zinchenko is versatile enough to fill several roles, including left back and midfield. Plus they have bought Fabio Vieira, Marquinhos and Matt Turner while also tying down Eddie Nketiah to a new deal.

With a stronger squad and decisions to make, MIrror Football takes a look at how Arsenal could line-up when they face Palace in the Premier League opener.

Mikel Arteta will begin the season with a new-look defence – which could be here to stay. Takehiro Tomiyasu and Kieran Tierney have been recovering from injury in pre-season but Arsenal now boast serious competition and options for both full back positions.

William Saliba has been outstanding in pre-season, looking elegant and composed which may see him become Gabriel’s regular partner in central defence. That means Ben White – who is versatile enough and good on the ball to play in several roles – could switch to right back in the first few weeks of the campaign.

Martin Odegaard went strength to strength last season and earned his new status as Arsenal captain for his performances on the pitch but also his leadership and determination off it.

He is humble, down to earth and very popular around the group. He carries the ball well, protects it and is a very good midfield player. He is nailed on to be in the first XI each week while Thomas Partey and Granit Xhaka have also started behind him in pre-season.

All indications are that Arsenal’s midfield will be similar to last season but they are still in the market for another central player who can be a box-to-box midfielder. Leicester’s Youri Tielemans is still a possibility depending on outgoings.

Gabriel Jesus is the new £45m centre forward who has looked red-hot in pre-season, full of goals and sharpness. Jesus was not guaranteed a place at Manchester City but is already showing his quality at the Emirates and Arsenal have been smashing in goals in pre-season.

Eddie Nketiah has re-signed and will get minutes in a busy season with the Europa League also ahead. But the competition in wide attacking areas is also strong.

Bukayo Saka is first choice on the right while Gabriel Martinelli and Emile Smith Rowe are battling it out for a place on the left – although the latter is set to miss out due to injury here.