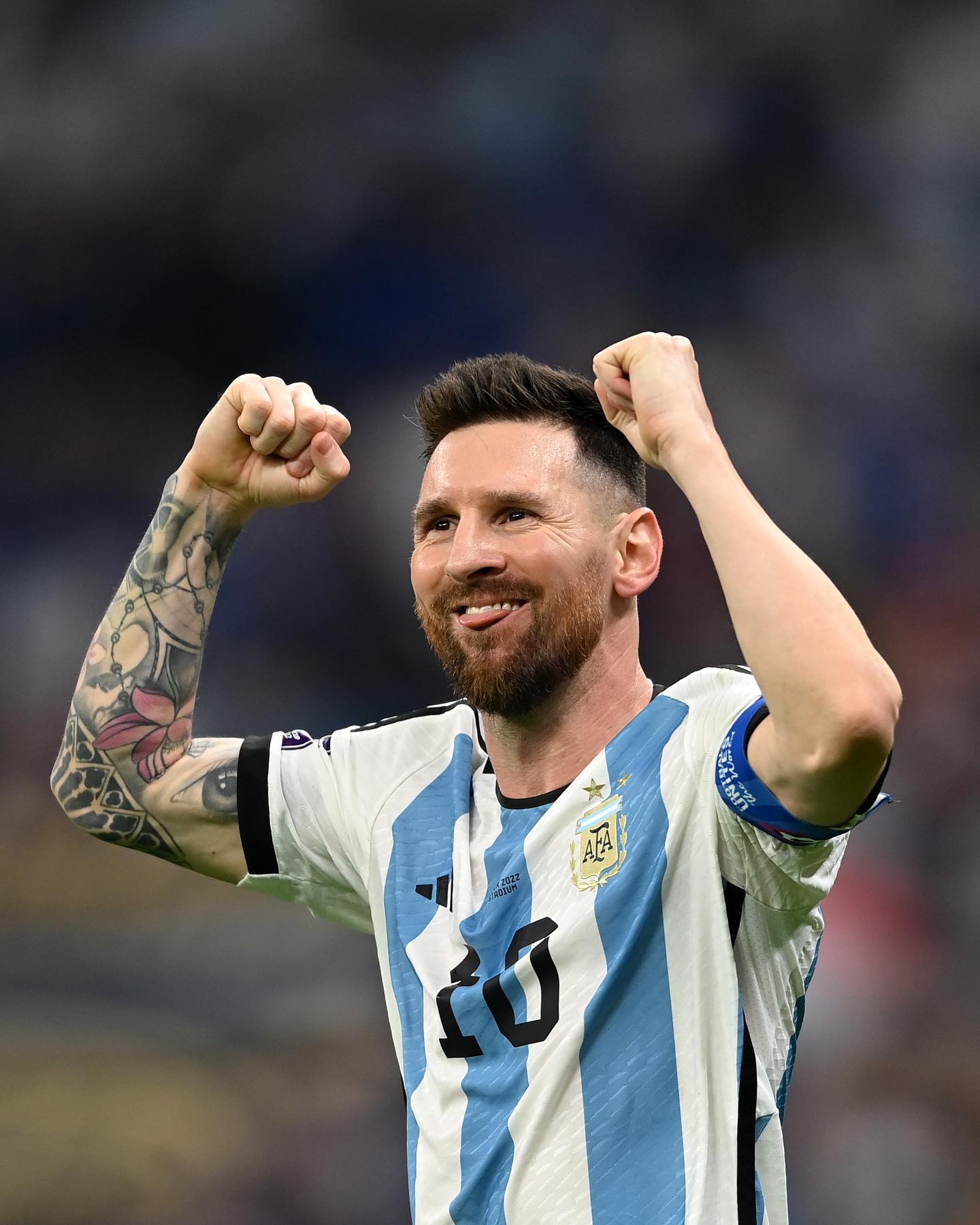 Argentina have won the 2022 FIFA World Cup after winning on penalties following a 3-3 draw against France in the final. Lionel Messi scored twice to help his nation be crowned world champions.

Angel Di Maria won a penalty after Ousmane Dembele fouled the winger in the penalty box, which Messi comfortably converted past Hugo Lloris. Di Maria then added a second after slotting the ball home from close range following a brilliant passing move from Argentina which cut Les Bleus apart.

Kylian Mbappe restored hope for France with two quick-fire goals late in the match, taking the game to extra-time before Messi popped up with a third goal for Argentina in the 109th minute after a lengthy VAR check deemed that the goal was able to stand. Mbappe sealed his hat-trick from the penalty spot in the 118th minute.

Lionel Messi scored from the spot in the shootout as France missed two penalties and saw Argentina take their crown as world champions. Emiliano Martinez was the hero once again as he pulled off a brilliant save to deny Kingsley Coman before seeing Aurelien Tchouameni put his spot kick wide of the post moments later.

Gonzalo Montiel scored the winning penalty after sending Lloris the wrong way and immediately broke down in tears. Messi has followed in the footsteps of iconic Argentina star Diego Maradona in lifting the World Cup with his nation.