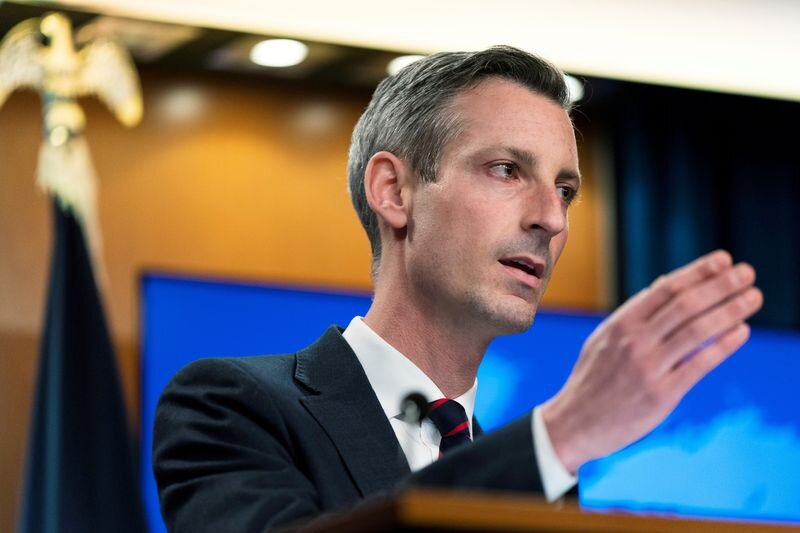 Tracy, a veteran U.S. career diplomat, was confirmed by the U.S. Senate in December. She will depart for Russia in coming days and should be in place later this month, Price said.

He declined to detail what the two envoys have discussed but said they did not talk about “any form of negotiated settlements” over Russia’s invasion of Ukraine.

“She’s currently in the process of having consultations with desks and individuals here in Washington and in this case, she had an opportunity to have a discussion with Ambassador Antonov,” Price said.

Tracy, who served as a U.S. diplomat in Central Asia and was the deputy chief of mission at the U.S. embassy in Moscow between 2014-2017, heads to Moscow at a time when the bilateral relationship between the two countries have plunged to depths not seen since the Cold War.

She replaces John Sullivan, a Republican lawyer with a public service career spanning four decades and five U.S. presidents, who left Moscow in September 2022. He was appointed by former president Donald Trump and was retained by President Joe Biden.

As bilateral ties have deteriorated, Washington and Moscow has also been in a dispute over staffing of their embassies in each other’s capital, each criticizing the other for imposing restrictions.

Several months before his departure, Sullivan urged Russia to not close the U.S. Embassy. Price on Wednesday reiterated the importance of communication channels.

“We have been clear about our desire to maintain open channels of communication with Russia. We have an embassy in Moscow, it’s under duress because of the pressure and the limitations that the Kremlin has imposed on it,” he said.

“There are open channels of communication. We use these channels to convey where we are on issues that are of the utmost priority to us,” he said.