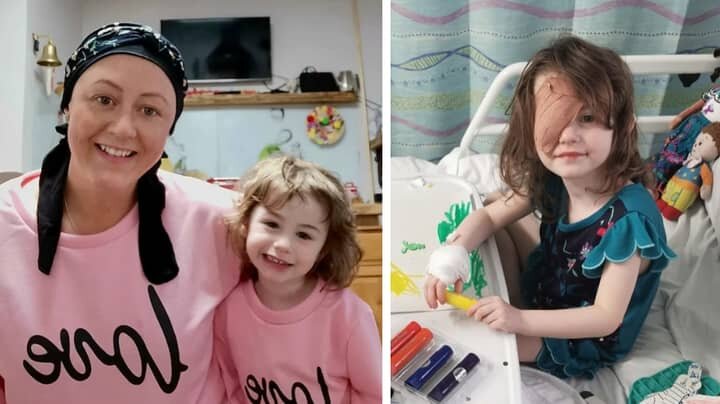 A mother who was given the all-clear for cancer was distraught when her daughter lost an eye to the same disease only months later.

The concerned parents took five-year-old Bonnie to the opticians where she was referred to hospital and diagnosed with grade E retinoblastoma – a rare form of eye cancer that usually occurs in children under the age of six.

In a sad turn of events, Bonnie’s diagnosis came just five months after Lisa had had to undergo chemotherapy, a mastectomy and radiotherapy for breast cancer.

In January this year, Bonnie underwent an operation to remove her right eye alongside a course of chemotherapy and is now cancer free, ‘happy and healthy’.

Lisa said: “Bonnie is just the best thing that ever happened to us. I thought I knew what love was until I met Bonnie.

“I look at what she has gone through and see how she is and I could not be prouder.

“When she is older, I want her to know that all the times I had to hold her tight were done out of pure love and we will protect her forever.

“I hope she knows how much we love and adore her.

Lisa and Daryl are now sharing the tell-tale signs to look out for – so other parents can spot the cancer before it spreads.

Typical signs of retinoblastoma include a white glow which may only appear in certain lights or a squint – as well as a change in the appearance of the eye or a swollen eye, although often only one sign or symptom is present. 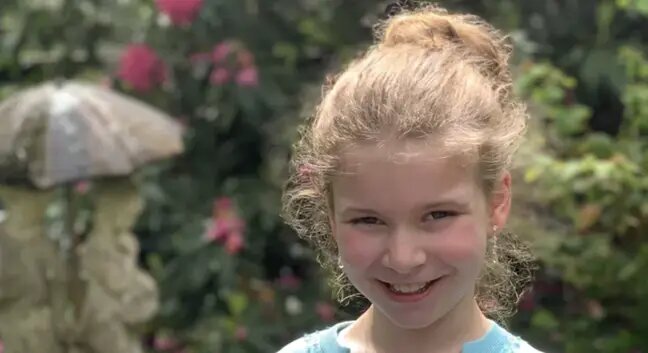 Lisa and Daryl first noticed a ‘cloudy film’ on Bonnie’s eye and decided to get it checked out by an optician.

Lisa said: “Bonnie was excited to show off her letter skills at the opticians. The optometrist covered her right eye and she read some letters.

“He then covered her left eye. From there, I knew something was very wrong.

“Bonnie seemed to panic and she couldn’t focus.

“Her eye was moving up and down, side to side and it was like she couldn’t see anything with her right eye.

“The worry in the optician’s face said it all. He explained we needed an emergency appointment.”

After a trip to the hospital and a referral to Birmingham Children’s Hospital it was decided that due to the cancer being grade E, it would be best to remove Bonnie’s eye.

Once the surgery was done and Bonnie was feeling stronger she started chemotherapy as a precaution – just months after Lisa had finished hers.

“When my hair fell out, I promised Bonnie it was something to do with mummy’s strong medicine and it is not something that would happen to her,” she said.

“I never thought in a few months’ time my daughter would be facing the same experience at the age of five.

“I would have never imagined we would be doing this in such a short space of time, but I am proud of us for getting through this so positively.”

Bronte is the only child in Australia with MND and one of just three worldwide to suffer from the gene mutation – which will worsen over time and affect Bronte’s breathing and movement.

Speaking this week to Australia’s 7 News, Bronwyn said she was ‘devastated’ when her daughter was diagnosed and confessed it was incredibly hard telling her little girl about her fate.

Because the gene mutation is so rare, Bronwyn isn’t sure how long her daughter will live.

Bronwyn shared: “We had a really awful conversation over the school holidays, where she came to me and started to ask me questions.

“I had to tell her she will not live as long as her friends will – that was awful, one of the worst things I have ever done.”

The doting mum continued: “I couldn’t believe it [when Bronte was diagnosed]. It had been a long testing process. I knew it was MND. I was absolutely devastated, I have a biology degree and I knew what it meant – it was awful.”

Since being diagnosed, Bronte’s breathing has already gotten worse and she spends most of her time in a wheelchair.

A GoFundMe page has been set up for Bronte, and it reads: “The overwhelming pain of knowing my kind, empathic, huge-hearted, sparkly baby is never going to achieve her ordinary but precious dreams of going to university or getting married hurts so much.”

Through the GoFundMe page, Bronwyn hopes to raise money for medical costs and would also love to be able to bring Bronte to the UK, as she loves British history and Harry Potter.

The single mum is unable to work because her son, Lyndon, has Kleefstra Syndrome – an intellectual disability that affects 1,500 people worldwide.

Bronwyn added: “I have dedicated my life to giving my children the love, care and support they both need.

“The demands of my caring role and separating from the children’s father three years ago has placed us under acute financial strain.”

Neither Bronte or Lyndon are aware of the exact nature of MND, which Bronwyn hopes will protect their mental health.