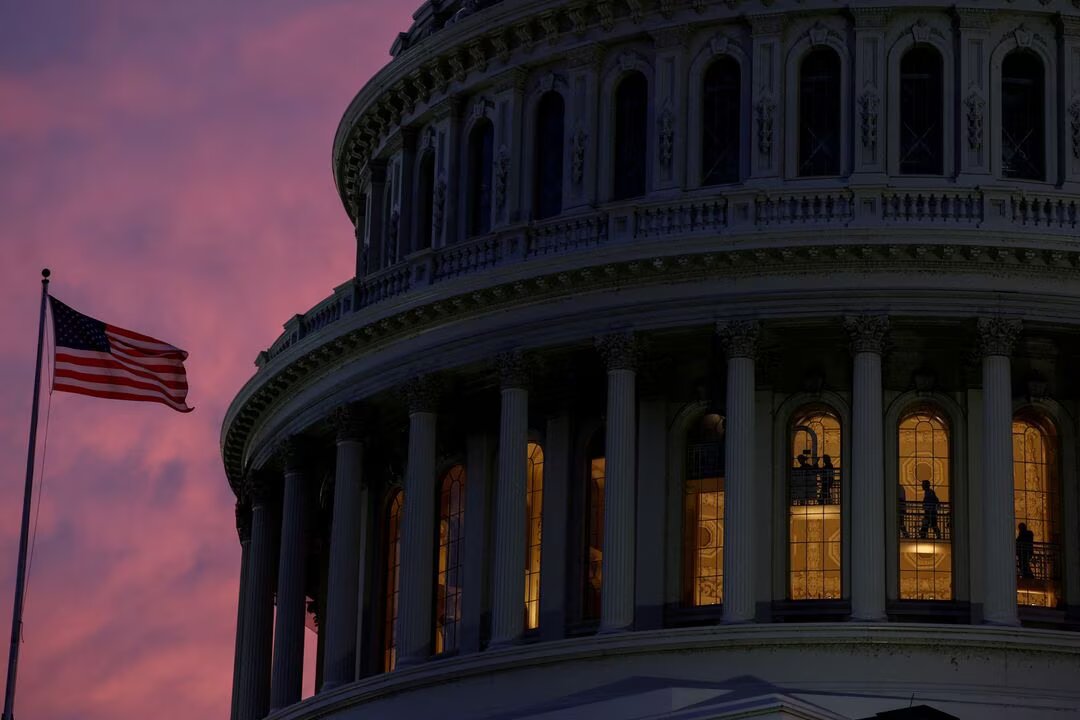 All first-time lawmakers were invited to the bipartisan reception hosted by Biden and Vice President Kamala Harris, but dozens of Republicans opposed to Biden’s policies were missing from the list of more than 40 registrants that was distributed by the White House for the event.

Among the missing were several who tried to block Republican Kevin McCarthy from being elected speaker earlier this month, before relenting once he offered them extensive concessions.

Those representatives were Josh Brecheen of Oklahoma, Eli Crane of Arizona, Anna Paulina Luna of Florida, Andy Ogles of Tennessee and Keith Self of Texas. Their spokespeople did not respond to a request for comment after normal business hours.

Santos, who has faced calls from fellow New York Republicans to step down over fabrications about his career and history, told reporters on Capitol Hill earlier on Tuesday: “I’m not going.”

“Everyone is invited who is part of the new Congress,” said White House spokesperson Karine Jean-Pierre on Monday.

Biden is expected to soon launch his campaign for re-election to a second, four-year term in 2024, and he needs support in Congress to raise the debt limit, pass a new budget and help deliver on a host of promises to voters.

Many Republicans in the House have instead promised to block government spending and investigate Biden’s family and use of office.

Biden’s fellow Democrats have narrow control of the Senate, while Republicans won a slim majority in the House during the 2022 midterm elections.

McCarthy was elected as speaker only after agreeing to a demand by hardliners that any lawmaker be able call for his removal at any time. That will sharply cut the power the Californian will hold when trying to pass legislation.