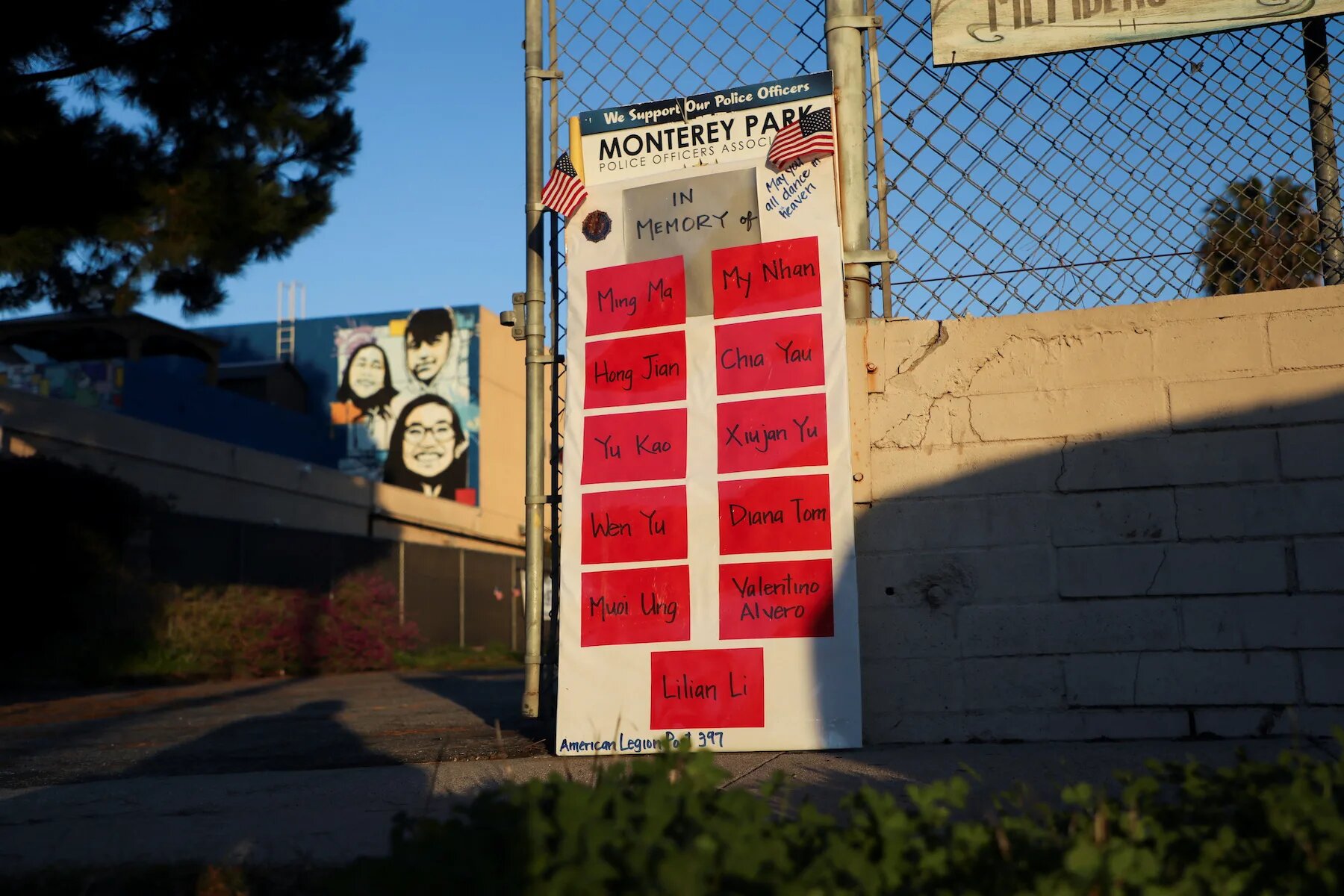 In consecutive mass shootings in California, people who enjoyed dancing at a studio in Monterey Park and farm workers in the coastal town of Half Moon Bay were killed.

Eleven people were killed when a 72-year-old gunman opened fire late Saturday during a celebration of the Lunar New Year at the Star Ballroom Dance Studio in Monterey Park, east of Los Angeles.

Yu’s niece, Kathleen Fong, said on social media that her aunt emigrated from China more than a decade ago and was working hard with her husband and children to create a new life for themselves.

“Now to have that journey suddenly interrupted is heartbreaking,” Fong wrote on a GoFundMe page created to help pay for her aunt’s funeral. “She will never be able to witness what she dreamed of for all these years.”

Yu and her husband worked multiple jobs and just managed to get by, Fong wrote, laboring so that their three children, two of whom are in college, could have better futures.

Tom’s family said she died on Sunday after being taken to hospital in critical condition following the shooting, according to a statement seen by ABC News. Tom was remembered as a “hard-working mother, wife and grandmother who loved to dance.”

“To those who knew her, she was someone who always went out of her way to give to others,” the family said.

In a statement on Twitter, Alvero’s family said he was a devout Catholic who loved ballroom dancing and was the life of any party.

“Overnight, we became unwilling members of a community who has to mourn the loss of our loved ones due to gun violence. We are left frustrated, stuck with this vicious cycle,” the family said.

Seven people were killed and one person was in critical condition after a 66-year-old man on Monday attacked two mushroom farms near the resort town of Half Moon Bay, south of San Francisco, police said.

The victims – six men and two woman – were all Asian or Hispanic adults, according to the San Mateo County Sheriff’s Office.

Jose and Pedro Romero, brothers who migrated from Mexico two years ago and worked at Mountain Mushroom Farm, were among those shot, their cousin Jose Juarez told Reuters.

Jose died and his younger brother Pedro is hospitalized, Juarez said. Jose has a wife and children back in Mexico, he added.

“You look to improve your life and then you end up with this,” said Juarez, quiet and sullen as he took a break from cooking at a Mexican restaurant in a Half Moon Bay strip mall.

The family is looking for financial help in order to repatriate Jose’s body to Mexico, he said.

Martinez-Jimenez’s death was confirmed to Reuters by Antonio Perez, who works at a Latino grocery store in Half Moon Bay and was schoolmates with him in their village in the Mexican state of Oaxaca.

Perez was stunned when, upon arriving in Half Moon Bay in the late 1990s, he saw Martinez-Jimenez again at a party.

“I was so happy. We spoke about when we’d arrived here. And he said, ‘Come sit down with us’,” Perez recounted.

“Last Thursday or so, I saw him for the last time in the store,” Perez said. “He came to buy cheese.”

The San Mateo County Coroner’s Office declined to comment on the identities of the victims in the Half Moon Bay shooting.