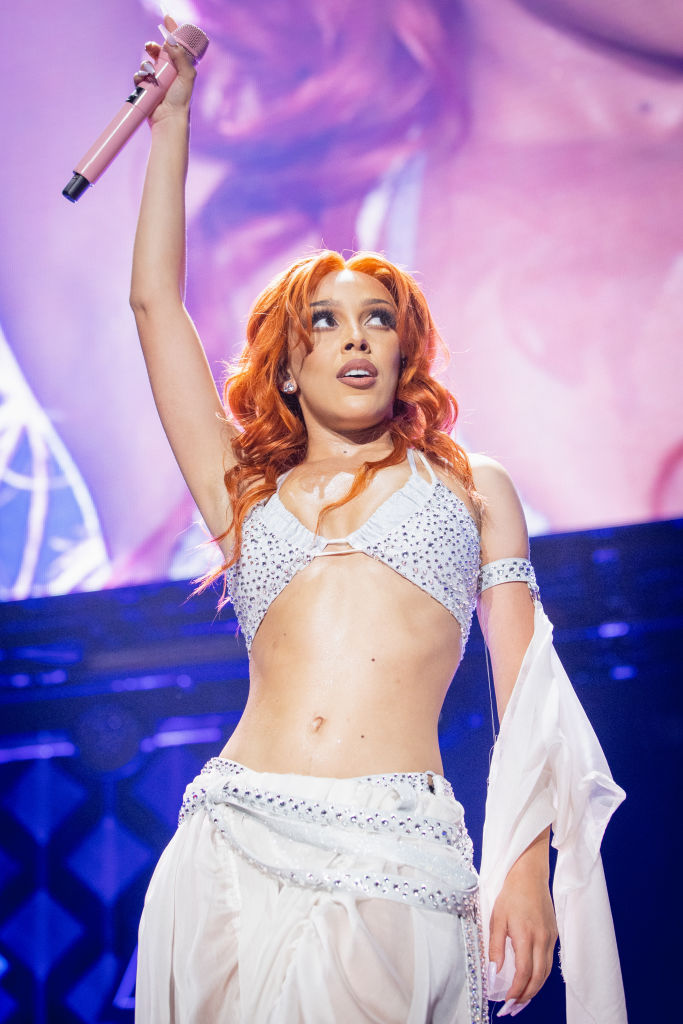 Ak played a voice note that the “Ain’t Shit” hitmaker sent him after he reported on her history of using white supremacist chat rooms.

DJ Akademiks is no stranger to scandal, and during the most recent episode of his hit podcast, he and DJ Vlad discussed a past beef that the host had with “Ain’t Shit” singer Doja Cat.

“[She] sent me a bunch of messages,” Ak said of the 26-year-old. “It was weird, it was when I was covering the whole thing about like… She was in some white supremacist chat rooms,” he added, mentioning a past scandal that the Planet Her hitmaker found herself immersed in a while back.

The Off the Record host went on to say that his coverage of the resurfacing made Doja “really upset,” even pulling up the receipts from their DMs. “She was like, ‘This is why I don’t like you, man. This the only reason.'”

Akademiks couldn’t wrap his head around why Doja would call him a “sick person,” also mentioning that her first message to him was allegedly, “Nobody likes you.”

The online entertainer said he told Doja to “get in [her] feelings some more” before she responded with, “It’s easy for someone like you to say that with no feelings.”

“I literally was trying to tell her, ‘Yo, listen. You’re popular now, this is a game.’ Right? Like if I came from some weird shit, people are gonna have a few questions about it. I don’t sit here judging her for that now,” he said of her past drama