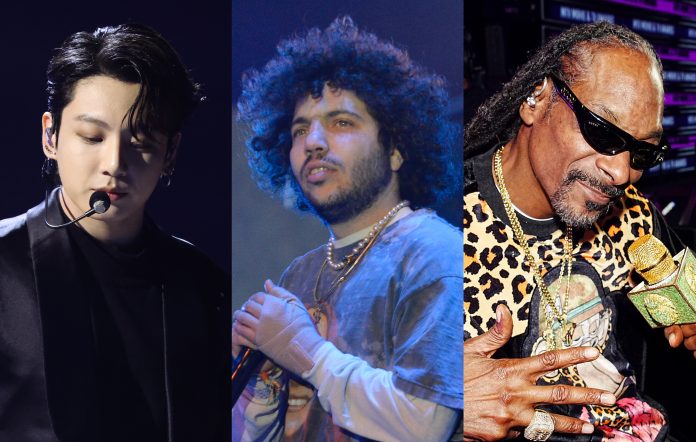 Xbox has revealed itself as the latest corporate entity to be recruited into the BTS Army, unveiling a special edition controller that “sings” their new joint with Benny Blanco and Snoop Dogg, ‘Bad Decisions’.

The controller which is fully compatible with the Xbox suite of consoles, but is “intended for display use only” comes in a bold red and white colourway, with the faceplate sporting the ‘Bad Decisions’ title and the names of the song’s three creators. The back of the controller is embedded with a speaker, which plays a snippet of the song when a button is pressed.

This controller is music to our ears and @ItsBennyBlanco, @bts_bighit and @SnoopDogg 🎶

Follow @Xbox and RT with #BadDecisionsSongXboxSweepstakes for a chance to win this collectible Xbox controller.

Fans hoping to buy one of the controllers are out of luck, though: only 30 of them have been made, and all of them will be available exclusively through a Twitter competition. To enter, you’ll need to retweet the below post with the hashtag #BadDecisionsSongXboxSweepstakes. Entries will close at 6pm PT on Thursday August 25, and winners will be notified within seven days after then.

Adding to Xbox’s promo for ‘Bad Decisions’, Forza Horizon 5 has been updated to include an unlockable vehicle (a Meyers Manx, to be specific) with a paint job based on the single’s cover art.

‘Bad Decisions’ arrived last Friday (August 5) alongside a video in which Benny Blanco excitedly prepares for a BTS concert, baking them a cake and creating an elaborate heart collage. Four members of BTS – Jungkook, Jimin, V and Jin – have guest spots in the song.

Blanco first teased the new song in July, saying he was “still pinching myself” about the star-studded collaboration. The announcement came less than a month after Blanco remixed three BTS fan-favourites – ‘Life Goes On’, ‘Fake Love’ and ‘Blood, Sweat & Tears’ – into a new medley.

In your Message Center today you’ll find a special Meyers Manx
featuring this custom livery celebrating the release of the new
single “Bad Decisions” by @ItsBennyBlanco, @bts_bighit and @SnoopDogg.

Download the livery, snap a pic and send it our way! pic.twitter.com/pIdEJZ2iCk

‘Bad Decisions’ marks BTS’ first appearance as a group on a song this year aside from their June single ‘Yet to Come (The Most Beautiful Moment)’. For the most part, the group have temporarily suspended group activities to pursue solo endeavours but, as member J-Hope emphasised in a recent interview, are “definitely” not on hiatus.