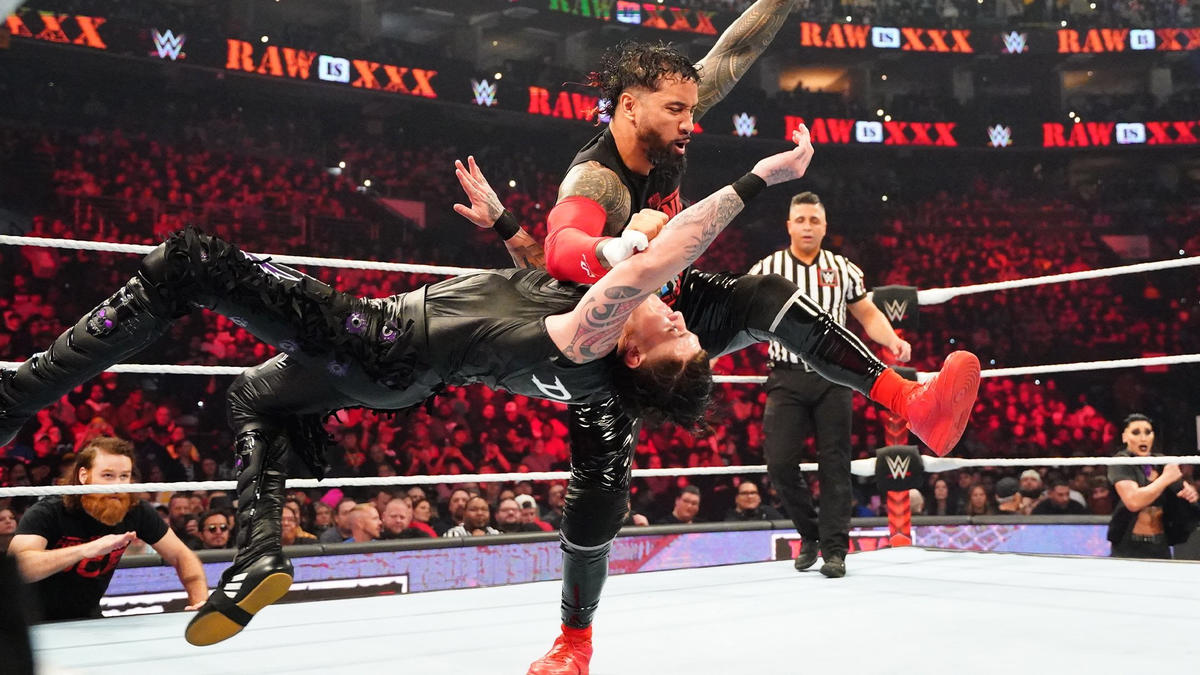 Winners of a Tag Team Turmoil for the chance to challenge The Usos for the Raw Tag Team Championship, Dominik Mysterio and Damian Priest started off hot, grounding Jimmy & Jey.

As Finn Bálor tried to get involved, he was swiftly ejected by the WWE Official. This allowed Jimmy to hit a huge splash, but he could only garner a two-count. Late in the fight, Jimmy suffered a knee injury, and Sami Zayn tagged in for the injured Jimmy, which WWE Official Adam Pearce allowed.

With immense pressure as the entire Bloodline watched, Zayn performed admirably by kicking out of a huge South of Heaven from Priest.

After a 619 and top-rope splash from Mysterio to Jey, Zayn once again proved his worth by breaking up the pinfall that likely would’ve gotten three. Zayn and Jey ended the tense matchup by connecting with the 1D on Dominik, seemingly getting The Honorary Uce back in the good graces of The Tribal Chief.

Before the match began, The Man received a beating from all three members of Damage CTRL. With Damage CTRL and Becky Lynch locked inside the cage, The Man had no chance, forcing WWE Official Adam Pearce to unlock the cage with pliers. With The Man in such a state, the match never started.