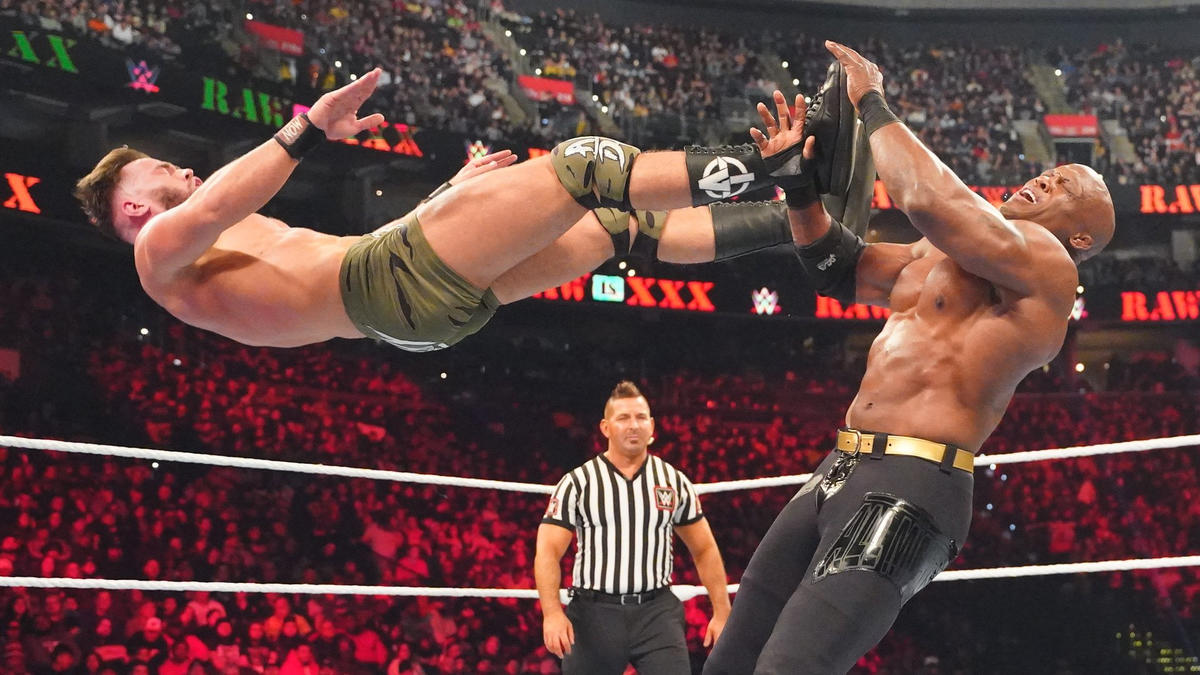 Bobby Lashley dismantled Austin Theory from the get-go, leaving the champion in dire straits. Fitting for a Philadelphia No Disqualification Match, the table made an appearance, but Lashley locked in the Hurt Lock before Theory could use it.

In a desperation move, Theory blinded Lashley with a fire extinguisher. At the final stretch, Lashley tossed Theory through a table, but Brock Lesnar exploded back onto the scene!

With the WWE Universe at a fever pitch, The Beast F-5’ed Lashley and Theory, leaving Theory on top of The All Mighty, which allowed him to retain the U.S. Title. An incredible Raw 30 concluded with Lesnar standing tall and the WWE Universe in utter disbelief.