Weezer Have Shared ‘Sznz: Autumn’, The Latest Drop In The Band’s Series Of Seasonally-Themed Eps 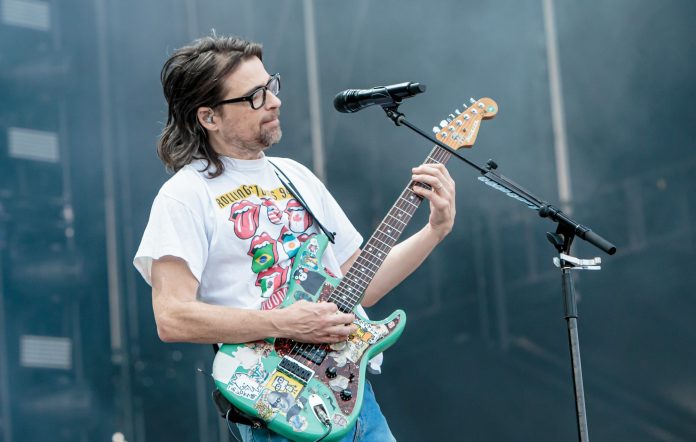 ‘Autumn’ marks the third installation of Weezer’s themed EP series, following the release of ‘Spring’ and ‘Summer’, which were released in March and June, respectively.

Each EP of the four-part series — which will conclude with a forthcoming ‘Winter’ collection — corresponds to its namesake season, while also representing different eras in the band’s history.

In a recent interview with The New York Times, Weezer frontman Rivers Cuomo described the rationale behind the themed releases, saying that “‘Spring’ was the easy-breezy side of Weezer” while ‘Summer’ “was more like ’90s alt-rock.” Speaking specifically to ‘Autumn’ in the same interview, Cuomo elaborated on the EPs’ dance rock sound.

“‘Autumn’ is dance rock, which is not something we’ve traditionally been able to get away with,” Cuomo said, “It’s really hard to make it both dance and rock and Weezer. It’s very easy for that to turn into something that nobody likes.” ‘Autumn’ is divided into three 7-song discs, and collectively includes a 21-song tracklist.

In April, Cuomo shared to Twitter a spreadsheet which he’d used “to plot out ‘SZNZ’”, ascribing each EP an “emotion”, “spiritual flavour” and “colour”, among other classifications. Per Cuomo’s spreadsheet, ‘Autumn’ was designated with the emotion of “anxiety”, while the genre was described in reference to Franz Ferdinand and The Strokes.

This is the spreadsheet I've been using to plot out SZNZ: https://t.co/AODHoQjxBq

‘Spring’ was released in March, and was previewed with the single ‘A Little Bit Of Love’. Meanwhile, aside from the EP series, Weezer released the studio album ‘Van Weezer’ in May, which NME said, at its best, “marries soft metal and melodic geek culture to stupendous, festival-slaying effect” in a three-star review.