Home / Entertainment / Snoop Dogg Has Announced The Launch Of His Very Own Breakfast Cereal, ‘Snoop Loopz’

Snoop Dogg Has Announced The Launch Of His Very Own Breakfast Cereal, ‘Snoop Loopz’ 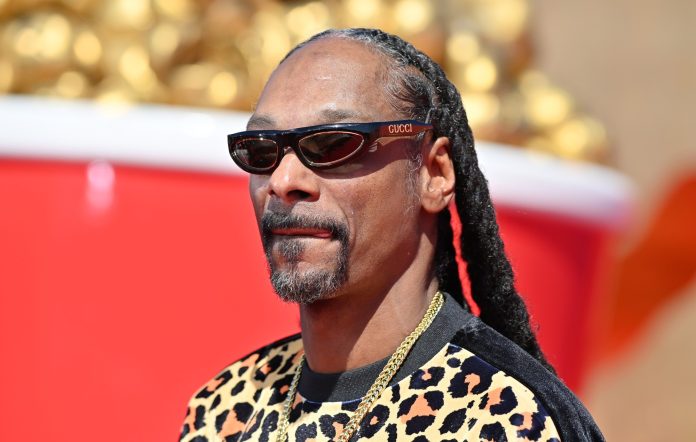 Announced by Master P over the weekend (August 13), the gluten-free cereal promises “more corn, more flavor and more marshmallows”, and features a spoon-wielding blue dog on its technicoloured box.

The cereal will be released under Broadus Foods, a venture founded by Snoop Dogg (real name Calvin Broadus), which elsewhere sells a variety of Snoop-branded breakfast products including oatmeal, pancake mix and syrup.

According to the Snoop Loopz website, some of the profits from purchases of the cereal will benefit various charities for a variety of causes including homelessness. “The more we make, the more we give”, Master P wrote in reference to the proceeds. A release date for the cereal has yet to be announced.

Snoop Dogg’s cereal venture adds to a swathe of previous food and beverage projects enacted by the rapper. Earlier this year, Snoop released a new wine in collaboration with Martha Stewart under his 19 Crimes brand, adding to a selection which includes California-made rosés and red wines.

For his part, Master P has been delving into the food industry for some time, releasing a selection of energy drinks, ramen noodles and cereals under his Uncle P’s food brand.

Snoop Dogg joins a slew of rappers who’ve also worked in the food space. In May, both The Kid Laroi and Kanye West collaborated with McDonald’s, producing for the fast food giant a specialty food order and reimagined burger package respectively.

Further diversifying his non-music portfolio, Snoop Dogg last week announced that he’ll star in and produce The Underdoggs, an upcoming comedy film based on the rapper’s experience coaching youth football.