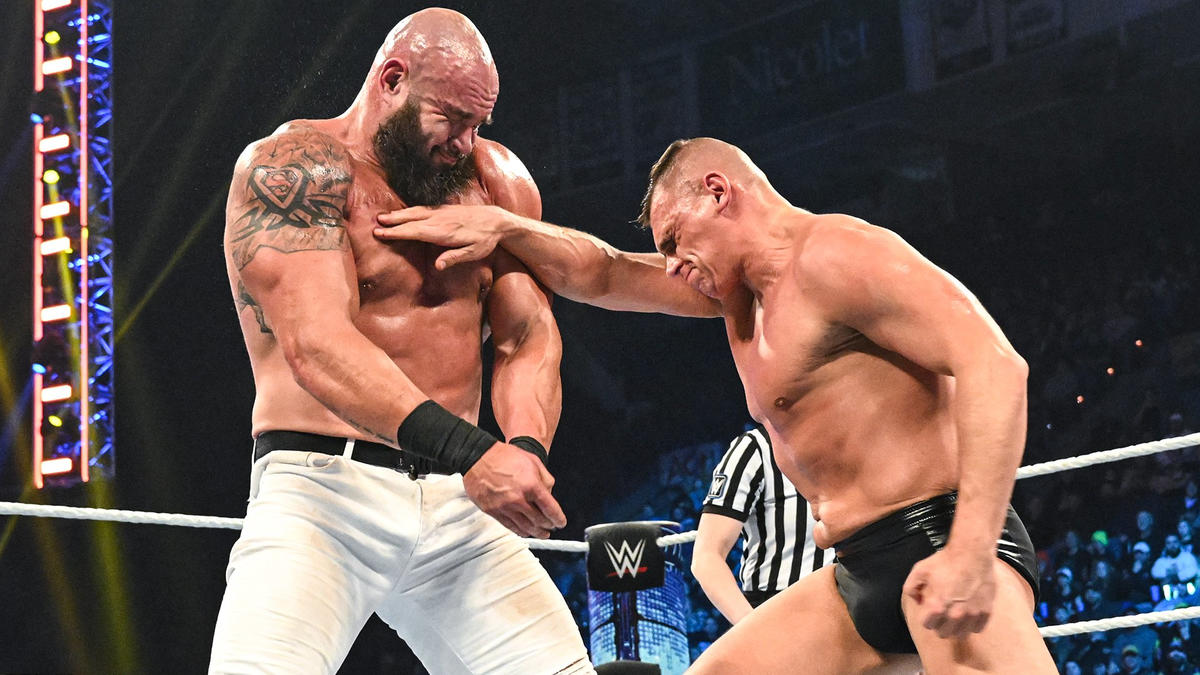 The Ring General and The Monster of All Monsters absolutely pummeled each other. Fitting that this title match was occurring in Title Town as the two showed the grit necessary to come out as champion.

Wearing special boots designed with the help of the Green Bay Packers, Strowman put said boots to Gunther, using them to derail the Intercontinental Champion and send him over the announce table.

Even though they were sent to the backstage area by Gunther before the match, the rest of Imperium emerged, forcing Strowman to fend them off before delivering a menacing powerslam to Gunther that could only garner a two-count.

Gunther continued the match with a plan, targeting Strowman’s injured shoulder, but Strowman kept fighting back.

Gunther just barely edged Strowman to retain his Intercontinental Title after hitting a monstrous Powerbomb on The Monster of All Monsters.