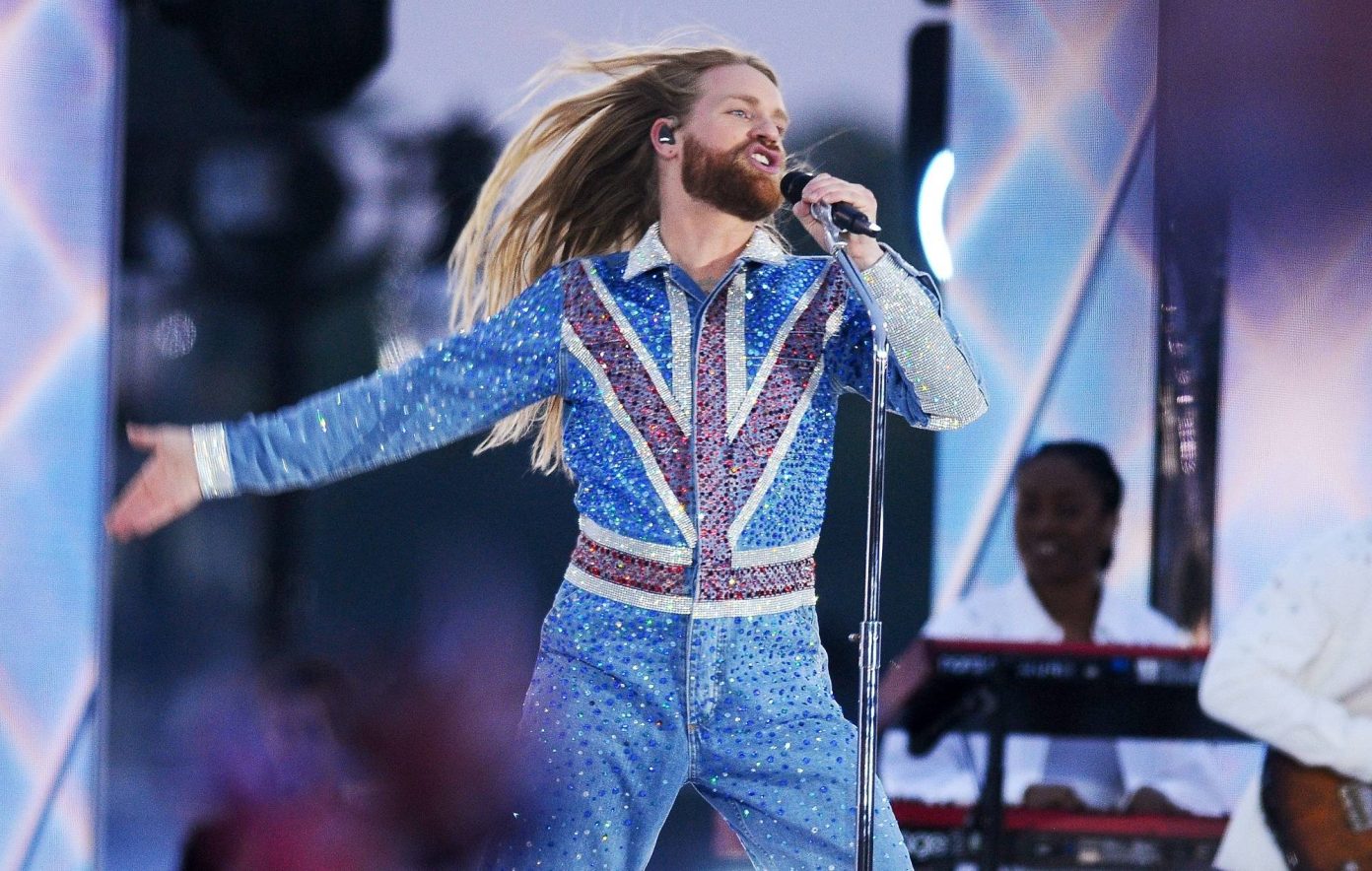 The Eurovision singer, who finished second to Ukraine’s Kalush Orchestra in this year’s competition, will perform ‘God Save The Queen’ ahead of the start of the prestigious F1 race on July 3.

In a statement about the performance, Ryder said: “From Eurovision to being invited to play the Queen’s Platinum Jubilee Concert, the past few months have been a whirlwind and taught me that you can never dream too big!

“Since I was a kid I’ve always been a huge fan of Formula 1, and to combine that with music and performing at such a legendary event on the British sporting calendar is an honour.”

Sam Ryder, this year’s Eurovision runner up, performs at the BBC Platinum Party at the Palace, as part of the Queen’s Platinum Jubilee celebrations, on June 4, 2022 in London (Picture: Getty)

Following his performance at the F1 Grid Ceremony, Ryder will then play on the main stage in the ‘Formula 1 Fanzone’ at Silverstone as part of the post-race concert. Mabel and Alfie Templeman will also perform live as part of the event.

Ryder will head out on a UK and Ireland tour next year – you can see his upcoming tour dates below and find any remaining tickets here.