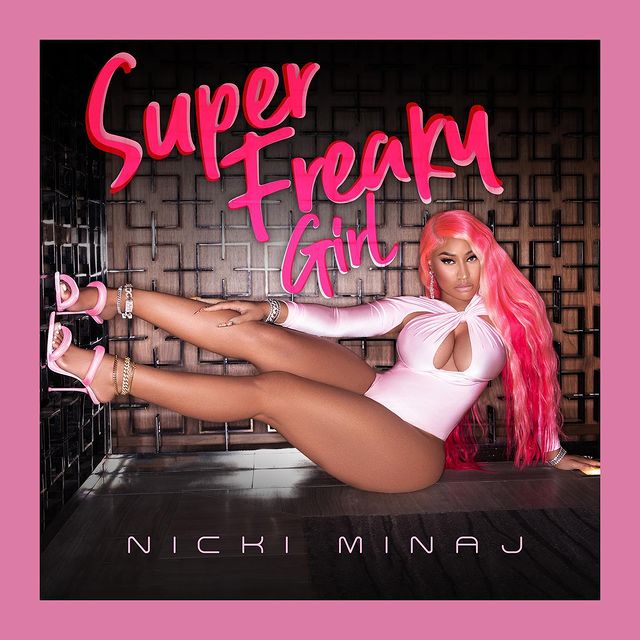 Originally named “Freaky Girl,” Nicki asked her fans to help re-name the single when she ran into apparent legal issues, giving her Barbz the options of “Nick James,” “He Want a Freaky Girl” and “Super Freaky Girl.” Fans decided on the latter.

“PreSave #SuperFreakyGirl now,” Nicki Minaj wrote on Instagram. “Thank you for your over 200k votes but we could not legally use the name freak or freaky girl. You’re stuck with this. Love You.”

The new single will premiere on her Apple Music Queen Radio program on August 11 before hitting DSPs on August 12.

Nicki Minaj first announced the track at the end of July by teasing a new alter ego called Nick James.

Judging from the thirst trap teaser video for the new single, it’s looking like “Super Freaky Girl” could potentially be the next “Anaconda,” which will be a return to form for Nicki after having said in a February interview with The Dana Cortez Show that she didn’t feel right releasing vulgar music while pregnant with her son.

She added: “Nothing wrong with anybody who’s able to do it, but with me, I just felt in a very different, new space.”

“Super Freaky Girl” will be the latest in a line of singles the Pinkprint rapper has delivered since starting off the year off with her Lil Baby-assisted “Do We Have A Problem?” and “Bussin” in addition to her collaborations with Fivio Foreign and HipHopDX’s 2022 Rising Star Coi Leray.

She released a trailer last month made up archival footage from the time she was starting out in rap to becoming the global superstar that she is today. The documentary will be split into six parts, with each one focusing on a different chapter of the rapper’s career.

Meanwhile, not everyone appears to know who Nicki is. On Wednesday (August 3), the Young Money hitmaker posted a video on TikTok detailing a recent encounter with someone who confused her for Trina. The incident occurred as she made a quick run to the store after a meeting.