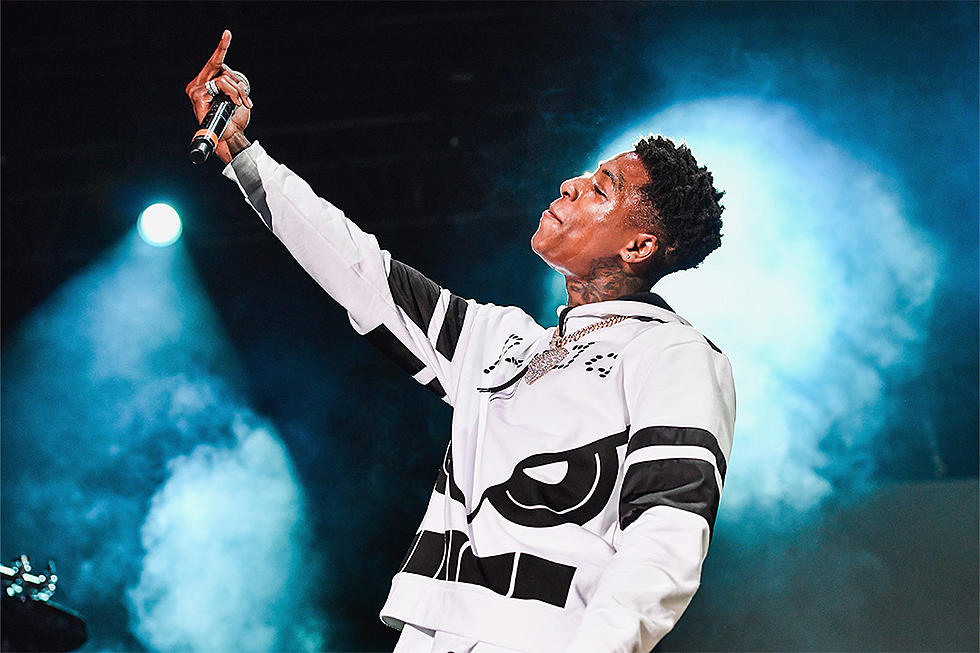 It is not a secret that NBA Youngboy has a cache of songs. In the past three months, he has released four solo albums since August. Additionally, a collaborative project with Quando Rondo will be released on Friday morning.

While fans could expect new music in the imminent future, YB seemingly wants to get out of the rap game completely. During his recent string of social media appearances this week, he shared a photo of his hard drive and added a price tag to it.

“You can have it for 100million and I’ll never rap again on everything,” NBA Youngboy wrote. 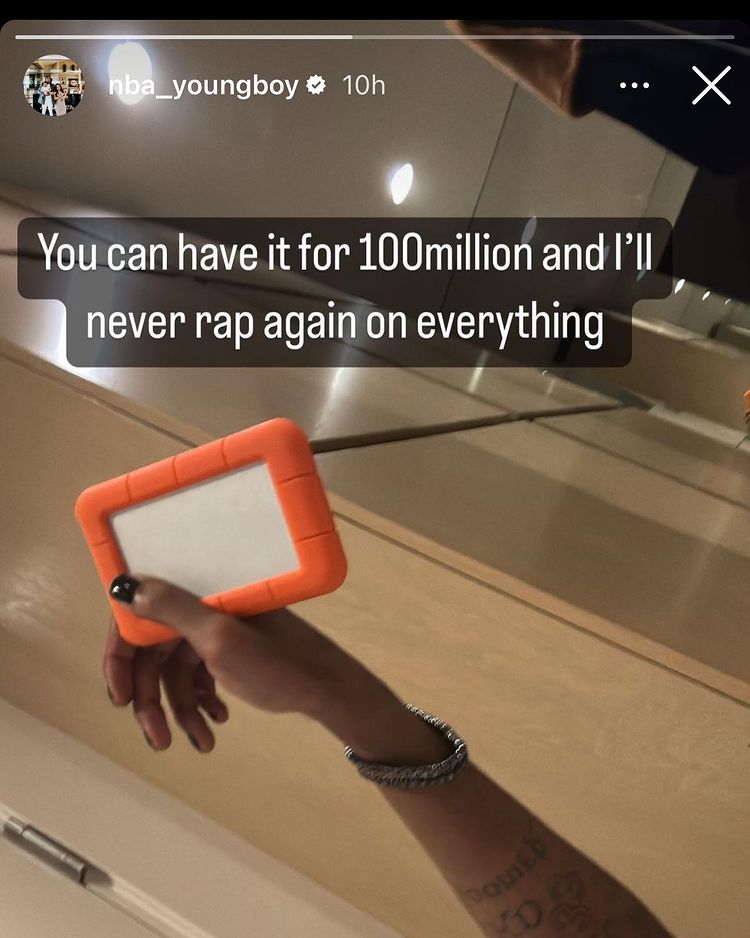 Overall, it seems like NBA Youngboy is prioritizing other aspects of his life, including his family. Though touring was on his itinerary, it seems like he doesn’t have any desire to hit the road anytime soon.

The rapper’s manager Alex Junnier announced in June that they already had a few dates plotted out for the 30-city tour. Junnier also stated that Quando Rondo would be joining YB on the tour including at their Chicago date.

“We got 30 cities. Yeah, Dallas is on there. Houston on there, not first though! You guys know what stop is first. Nah, Jacksonville not on there. Yeah Philly … Chicago on there. Atlanta on there. Rondo on the tour, yup. South Carolina on there,” he said.

In August, NBA Youngboy emerged with the release of The Last Slimeto following high anticipation. However, he continued to drop a slew of projects, including a Gangsta Grillz tape in the past few months. He also released a new Never Broke Again compilation album in late October.

In 2023, NBA Youngboy will launch a new chapter of his career under Motown Records.