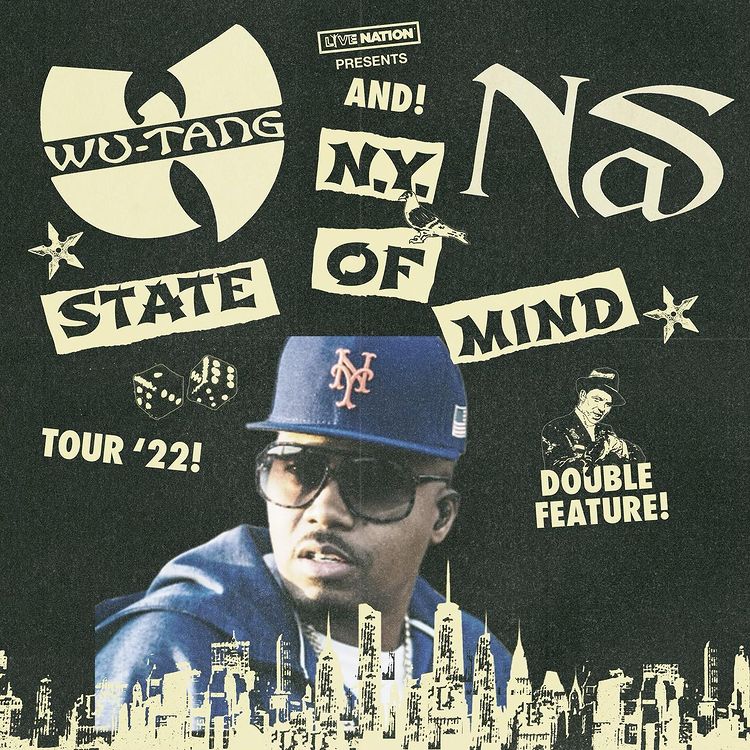 Fans may be in a frenzy since it’s quite rare for a rap icon and a hip-hop supergroup to tour together.

The legendary rapper from Queens and the iconic rap collective from Staten Island will go on a 25- stop tour and perform their classics.

On their Instagram accounts, they reminded fans that their “New York State Of Mind” tour would begin later this month and to get their tickets.

This marks Nas’ first tour since 2019 when he co-headlined with Mary J. Blige on “The Royalty Tour.”

This will be Wu-Tang’s first tour since the 25th-anniversary tour for 36 Chambers in 2019.

The tour begins on August 30 in St. Louis and will end on October 4 in Los Angeles.

Tickets are on sale now.

STILL IN THE GAME

Back in May, The Wu-Tang Clan celebrated the 25th anniversary of their classic album, Wu-Tang Forever.

The rap supergroup made the latest edition of the Grammy nomination available for fans to purchase.

Nas is not slowing down any time soon either.

The Queens legend has taken his talents behind the camera as a director for the Supreme Team Docuseries and released projects such as Kings Disease I&II and Magic since last year.