Kiana Ledé Has Released The Video For Her Recent Single “Irresponsible” 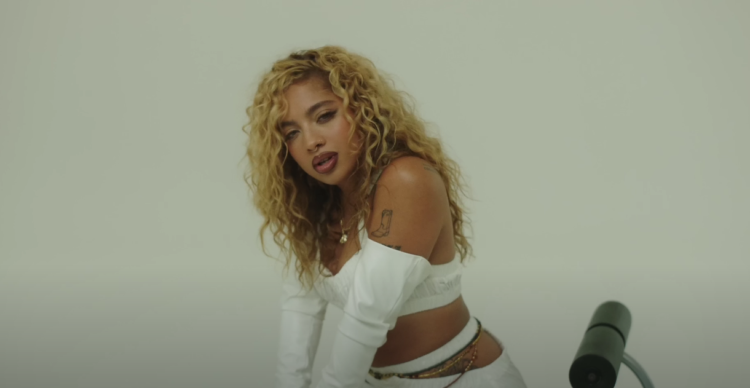 Directed by Michelle Parker, the video finds Ledé and an on-screen lover sitting across from each other, where she pours out her heart about the state of their relationship.

As mentioned above, Ledé shared “Irresponsible” on Sept. 16. The Musiq Soulchild-influenced song, co-produced and co-written by Cardiak and Wu10, features additional co-songwriting credits from Nija and Ledé.

It also follows the Kehlani-assisted “Ur Best Friend,” which came out in July 2021. A music video for the latter track, directed by Kehlani, was released a week following the song’s digital drop.

Both songs are expected to be part of Ledé’s unannounced sophomore album that is slated to arrive in 2023.

Ledé’s second album will follow her 2020 debut LP KIKI, which she later expanded with seven additional songs. The album featured the previously shared singles “Mad at Me” and the Lucky Daye-assisted “Forfeit.”

Additional guests on the standard and upgraded version of KIKI include Ari Lennox, 6LACK, Gary Clark Jr., Ant Clemons and Jacquees, among others.

“Music is therapy. It will always be therapy for me I hope KIKI gives you a little entertainment while you’re stuck inside. Maybe it offers some comfort. Donate, do what you can do in your community, and stay home,” Ledé shared in a statement.