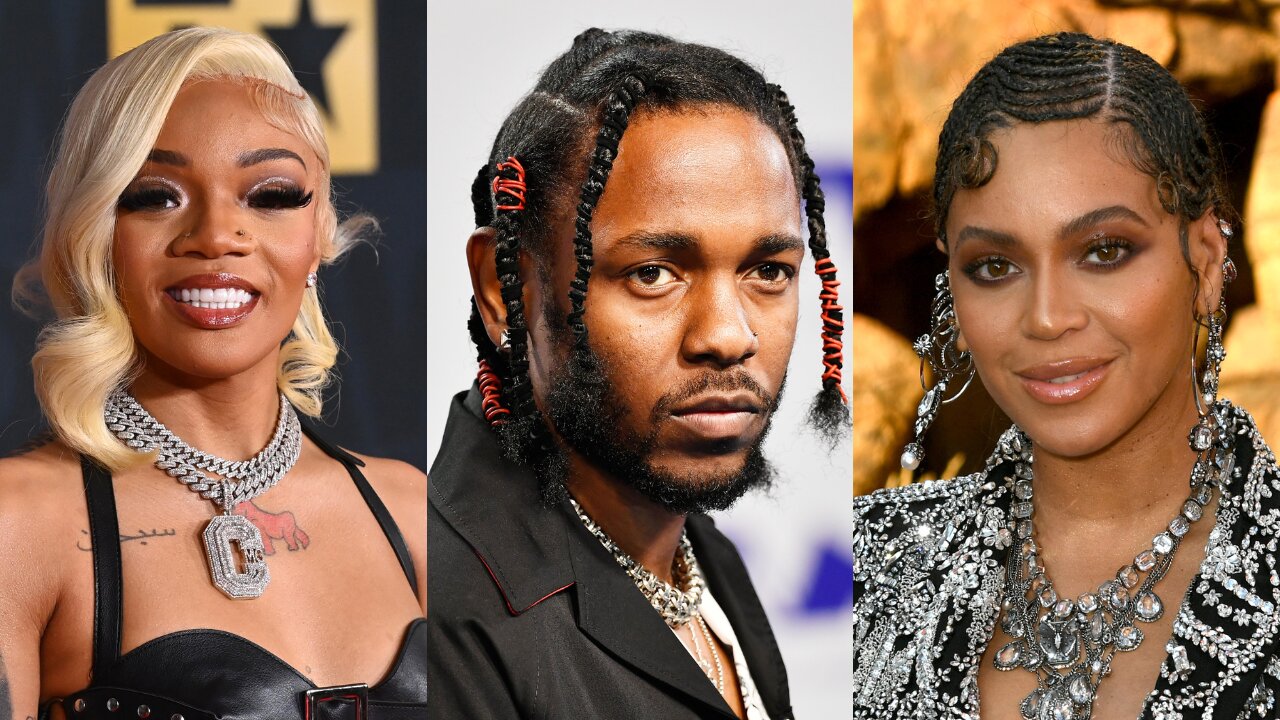 The nominees for the 2023 Grammy Awards have been announced, with a number of artists assisting in the announcement.

Among the heavyweights nominated were Taylor Swift and Beyonce, along with British artists including Adele and Harry Styles. It looks like Adele and Beyoncé will once again lock horns as favourites in the major categories.

Five new categories have been introduced this year, including Songwriter of the Year (Non-Classical), Best Alternative Music Performance, and Best Americana Performance, plus a special award to the Best Song for Social Change.

Here were the five biggest talking points from the nominations broadcast:

Beyoncé vs Adele – the rematch

It looks like the 2023 Grammy Awards will be a repeat of 2017 where Beyoncé and Adele did battle in the major categories. This year, the pair are once again nominated in the Record of the Year, Song of the Year and Album of the Year categories. Beyoncé has nine nominations to Adele’s seven. Adele won the last showdown in 2017, sweeping up five Grammys to Beyoncé’s two. Who will come out on top this time?

British indie-rock band Wet Leg were among the nominees for Best New Artist, the nominees of which were announced by last year’s winner Olivia Rodrigo. The band, formed of duo Rhian Teasdale and Hester Chambers spoke to The Independent earlier this year about newfound fame and acclaim. “We’re just trying to stay on top of the wave,” says Chambers. “Because it is going to end, inevitably,” adds Teasdale.

Beyoncé has earned nine nominations for the 65th Grammy Awards, bringing her career total to 88. She now ties with her husband, rapper Jay-Z, who previously held the record with 83 nods. He received five additional nominations for the 2023 Grammys, making his new grand total 88 as well.

Machine Gun Kelly’s joke about his ability to read

While announcing the nominees for the 2023 Grammys, Machine Gun Kelly made fun of himself. “My name’s Machine Gun Kelly and I’ll be attempting to read for the first time today,” he joked, before proceeding to successfully read the names.

The Independent’s music editor Roisin O’Connor still isn’t convinced by Harry Styles after the singer was nominated for a Mercury Prize earlier this year. She wrote at the time: “The problem with Styles is, for the most part, his songs sound like weak imitations of someone better – as if he’s raided the dressing-up box for Laurel Canyon karaoke. He has no discernible ‘sound’ of his own.” She hasn’t changed her mind.

Ahead of the announcement of the 2023 Grammy nominees, Nicki Minaj made headlines after she criticized the Recording Academy for prioritizing new artists. Her remarks came after her 2022 song “Super Freaky Girl” was moved from the rap category to the pop category.

Read below for the nominations as they happened.

Adele, Taylor Swift, and Beyoncé fans are putting in their predictions

While predicting who will win Album of the Year may be near impossible with such a stacked list of eligible artists, fans have settled on predicting who they think will receive the most nominations.

Of course, Beyoncé’s fanbase have a strong argument, considering the Renaissance singer is among the most Grammy-awarded singers. She’s won a total of 28 Grammy Awards out of a wapping 79 nominations in her entire career.

The most grammy awarded singer for sure pic.twitter.com/lMoBMYgQq3

Taylor Swift fans are calling her the Queen of Music

Beyoncé may be widely known as Queen Bey, but Taylor Swift fans are quickly putting in their bid for the “Anti-Hero” singer to claim the title of the Queen of Music.

With Swift’s newest album, Midnights, shattering streaming records and topping charts, is that indicative of how she’ll do at this year’s Grammys? Swifties seem to think so.

The queen of music pic.twitter.com/v6RhxZYMXh