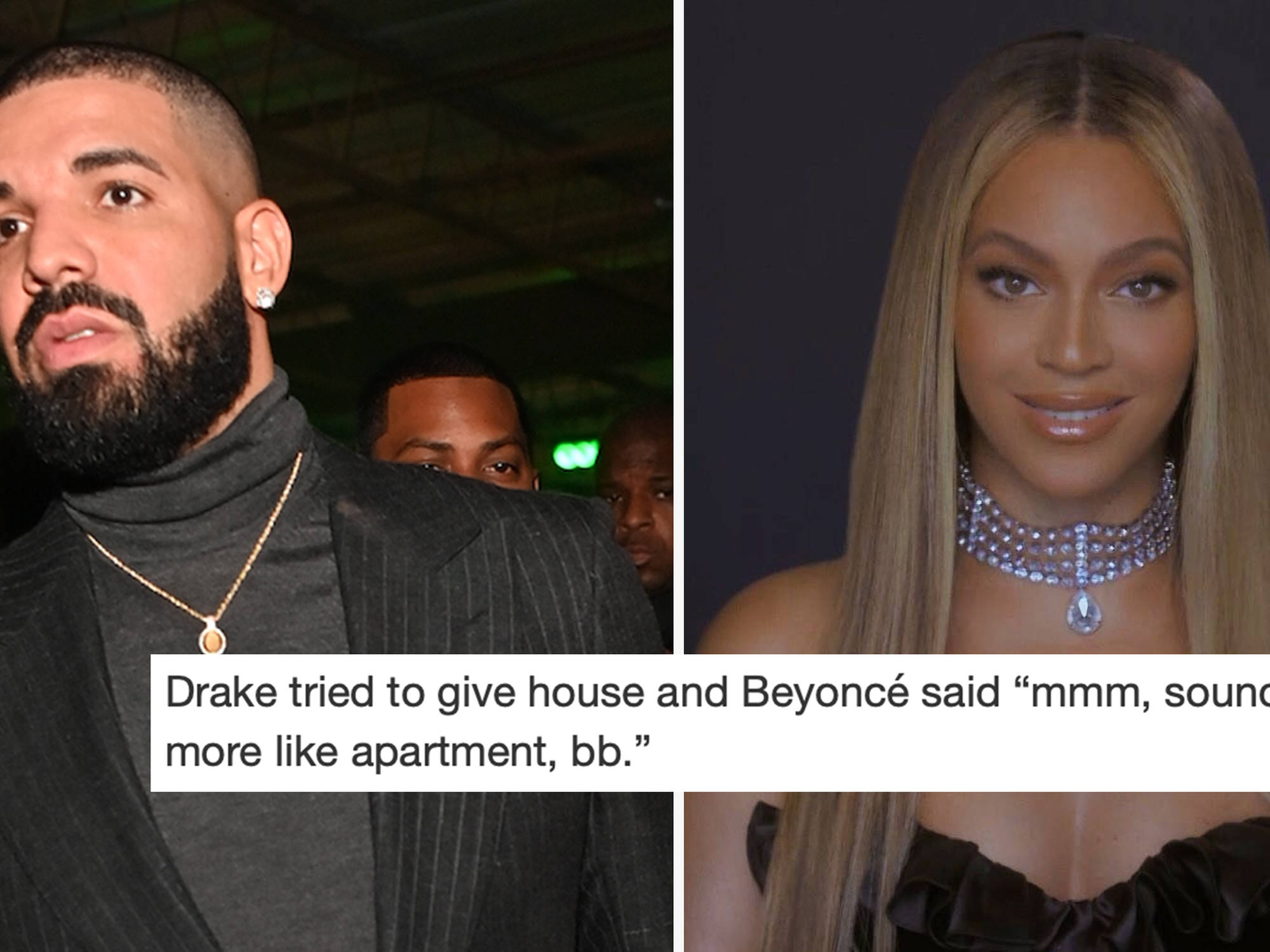 Some people question why Bey’s track received praise while Drake faced pushback for his sonic choices on his latest album.

Our favorites are switching things up for Summer 2022 and reactions are wide-ranging. Drake delivered his surprise album Honestly, Nevermind, and to say the OVO hitmaker faced a barrage of pushback is an understatement. There were those who defended the project by giving musical takes and citing Drizzy’s inspiration as well as offering that this is a new era for the rapper, and fans are now drawing sonic similarities to Beyoncé’s new single, “Break My Soul.”

The track arrived ahead of its expected midnight release and has been on heavy rotation ever since. Unsurprisingly, the BeyHive has embraced the disco-house jam will open arms, causing some to remind social media users about just how hard they went at Drake for his similar vibe.

Bey’s latest soon-to-be-hit reportedly hosts writing credits that include her husband Jay-Z, famed songwriter Adam Pigott, Big Freedia, “and the writers of Robin S’s 1993 hit ‘Show Me Love,’ which is prominently sampled in the song,” states Variety. Freedia reunites with Bey on the track after the two took over the world with their smash hit, “Formation.”

“Break My Soul” is a power anthem that has already been given meme takes, especially the line about quitting one’s job. People have joked that they’re ready to leave their places of employment because Beyoncé said so, but let’s all hope no one is quite that dedicated to the singer’s lyrics.

It’s obvious that Beyoncé’s “Break My Soul” will not receive the same treatment as Honestly, Nevermind, but that won’t stop both hitmakers’ latest records from being spun all across the globe nonstop. The singer’s forthcoming album, Renaissance, is slated for arrival on July 29.