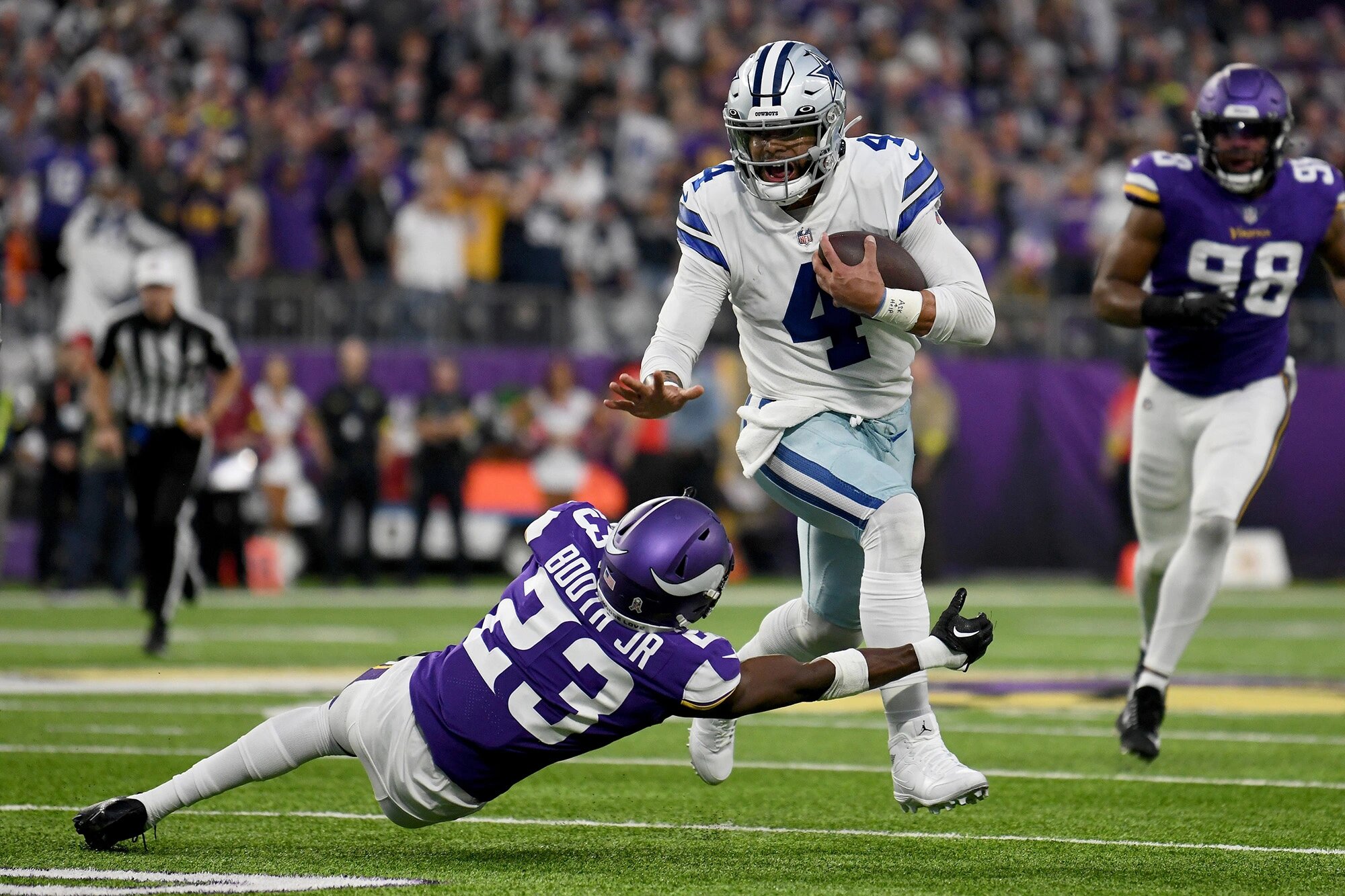 Dak Prescott and the Dallas Cowboys seem to be on a roll right now. In fact, of all of the teams in the NFC, they are currently being given the highest chance of a Super Bowl appearance. Of course, this seems a bit premature, however, fans are optimistic that they can get it done.

One of the weak spots on this team is the wide receiving core. Only one wide receiver has had a 100-yard game this season, and it only happened once. That said, it should come as no surprise that Prescott is trying to recruit someone like Odell Beckham Jr.

According to Prescott, OBJ will be getting a tour of the Cowboys’ facilities this week. Additionally, the assumption is that he will have some sort of physical that will determine whether he is fit enough to be signed. This is interesting news for Cowboys fans, especially since Prescott seems excited about potentially bringing him in.

“He knows how much I want him here,” Prescott said, according to the Cowboys website. “And a lot of the guys in this locker room have reached out on their own in different ways — to make sure he understands this is a team he can help. And we want him to come help.”

Dak Prescott shared part of his pitch to Odell Beckham Jr. and why he wants him in Dallas.#NYGvsDAL | @MillerLite

At this point in the season, a player like OBJ could put the Cowboys over the edge. Odell had that kind of effect with the Rams, as he helped them win a Super Bowl last year. Whether or not he will choose to go the Cowboys, however, still remains to be seen.