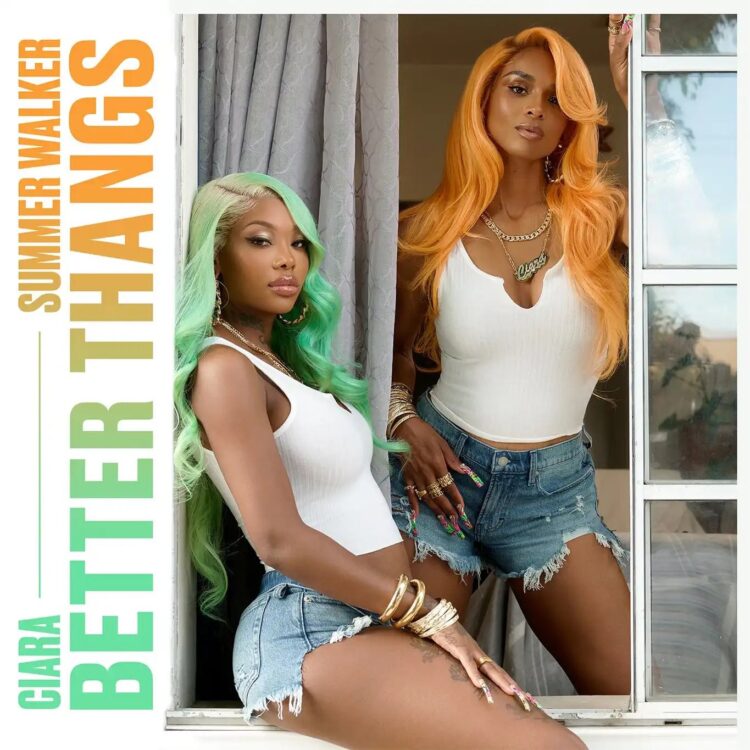 The song is scheduled to release Sept. 30 via Beauty Marks Entertainment, in partnership with Uptown Records and Republic Records. It’ll mark their second time collaborating.

Ciara shared her “Ciara’s Prayer” on Walker’s sophomore album, Still Over It. The interlude debuted and peaked at No. 1 on Billboard’s Bubbling Under Hot 100 chart

“Jump” was paired with a  Dave Meyers-directed video that was packed with nostalgic nods that CiCi’s devotees easily pointed out. The dance-heavy visual has garnered more than five million views on YouTube. Meanwhile, the Coast Contra-assisted tune has reached two million streams on Spotify at the time of publishing.

“Jump” and “Better Thangs” will appear on Ciara’s upcoming eighth album under her new record deal.

I’m so excited for my feature on #BetterThangs. Can you guess who it is?🥰 pic.twitter.com/kRc6wVLO0F

“I am thrilled to partner with Uptown/Republic Records through my own label imprint Beauty Marks Entertainment,” Ciara said. “Wendy [Goldstein] and I have been in discussion to work together for some time and the enthusiasm that her and the entire team have expressed over this new project marks an exciting new chapter in my career. I am grateful to be able to continue my mission of making the world dance with a team I admire, who are at the forefront of empowering artists.”

Ciara’s forthcoming album will follow 2019’s Beauty Marks, which she independently released on her imprint. It featured her platinum-selling single “Level Up.” It also included features from Kelly Rowland (“Girl Gang”), Tekno (“Freak Me“) and Macklemore (“I Love Myself”).

Aside from music, Ciara has been keeping herself busy with her latest business venture, OAM, a skincare line. The brand’s first collection of products launched Sept. 15.

“I made this for women of all skin tones and skin types on a mission to be their best, to level up, to have the confidence to go after the things they deserve, to be the women they were destined to be,” shared Ciara.