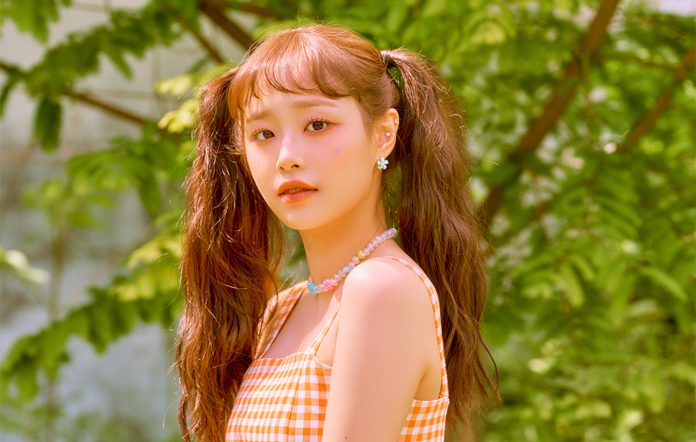 MyMusicTaste has announced that LOONA’s Chuu will be absent from the girl group’s upcoming ‘LOONATHEWORLD’ concerts in Seoul.

Concert organisers MyMusicTaste first announced the Seoul dates for the K-pop girl group’s ongoing ‘LOONATHEWORLD’ world tour on September 17. LOONA will be performing for two nights on October 15 and 16 at the SK Olympic Handball Gymnasium.

MyMusicTaste later unveiled purchasing information for concert tickets and official concert merchandise yesterday (September 21), simultaneously announcing in a brief statement on Twitter that member Chuu will not be participating on both nights.

[📢NOTICE]
As informed in advance, LOONA’s Chuu will not be participating in the 2022 LOONA 1st WORLD TOUR [LOONATHEWORLD].

Thank you for your understanding, Orbits.

Meanwhile, ticket pre-sales for LOONA fanclub members will begin on September 26 at 8pm and close at 11:59pm KST that same day. Online general ticket sales will commence on September 26 at 8pm KST as well, while offline tickets will go on sale from September 27, 8pm KST onwards. Information on where fans can purchase their tickets have yet to be disclosed.

Chuu’s forthcoming absence from the Seoul stop of the tour was first announced in June this year, which her label Blockberry Creative clarified was due to “scheduled activities that have been fixed in advance throughout the rest of the year”.

LOONA recently wrapped up the European leg of the ‘LOONATHEWORLD’ tour this month, after performing at a total of five cities across the continent. However, only eight of LOONA’s 12 members have consistently appeared at all of the group’s European gigs.

Members Haseul and Choerry were announced to be absent from the entire leg of the tour due to a shoulder injury and unspecified health concerns respectively. Meanwhile, bandmate Yves sat out of the Amsterdam show on September 8 due to health concerns of her own.

Since ‘LOONATHEWORLD’ kicked off with its North American leg in August, fans of the K-pop group have been voicing their concerns over the LOONA’s tour schedule after a series of injuries and health concerns resulted in significant absences from the group’s line-up. NME has reached out to MyMusicTaste for comment.