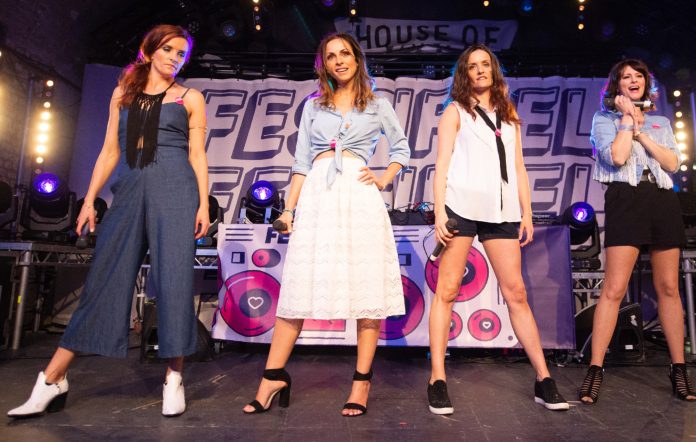 The 90s Irish pop group – comprising Edele and Keavy Lynch, Lindsay Armaou and Sinead O’Carroll – will join the newly reunited boy band in support of their comeback album of the same name.

The 12-date nationwide run (which also celebrates Blue’s 20th anniversary) kicks off on Sunday December 4 at Cardiff’s Motorpoint Arena. From there, Blue with B*Witched will travel to Manchester, Leeds, Birmingham, Liverpool, Brighton, London, Bournemouth, Nottingham, Aberdeen and Glasgow, before ending in Newcastle at Utilita Arena on Tuesday 20.

B*Witched – best known for their 1998 single ‘C’est La Vie’ – said in a statement: “We are so excited to announce that we will be joining Blue on their ‘Heart And Soul’ arena tour in December 2022.

“We have been wanting to tour together for some time now after nicknaming ourselves Bluwitched several years ago and are thrilled it is finally happening.”

The girl group also alluded to new music, adding: “We will be bringing our hits of course but we have a new single and expect some surprises from us too!”

‘One Love’ artists Blue said of the tour: “We are really excited to be teaming up with the girls from B*Witched on our UK tour. We had great fun touring Australia and New Zealand with the girls a few years ago and we are looking forward to round two!”

Both groups had also toured together back in 2013 for ‘The Big Reunion’ alongside Five, 911, Atomic Kitten, Honeyz and Liberty X.

Blue’s ‘Heart And Soul’ – their first album in seven years – is set for release on October 28 after being pushed back from September 9. It will mark the sixth studio album from the 90s boy band, following 2015’s ‘Colours’.

The group reunited earlier this year, releasing two singles, ‘Haven’t Found You Yet’ and ‘Dance with Me’, both lifted from the forthcoming ‘Heart And Soul’.