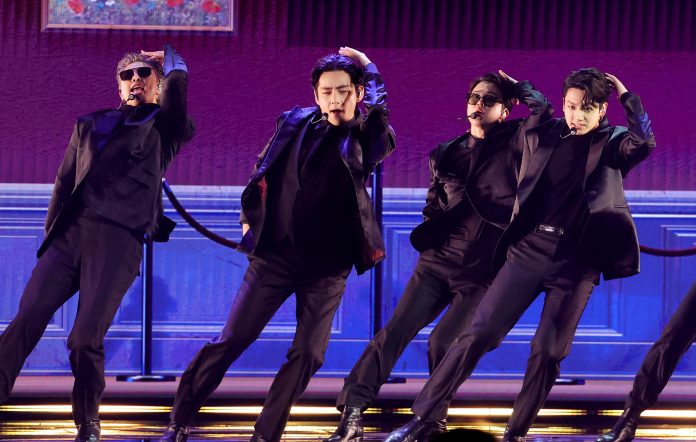 BTS have continued teasing the return of their long-running web series Run BTS, sharing a new trailer for their imminent ‘Telepathy’ special.

Run BTS debuted in August 2015, running for three seasons – over which the boy band have premiered 153 episodes and three specials – between then and last October. A fourth season is yet to be confirmed. However, when announcing the new special last week, vocalist Jin declared that the group “did some recharging and brought more fun back with us”.

In a new teaser, it’s revealed that the upcoming special episode – which will premiere on August 16 – will be titled ‘Telepathy’, and will feature BTS answering trivia questions to determine how well the seven members know each other. They seem to get a fair amount of them wrong, with arguments adding a flair of drama to the hype. At the end of the trailer, the band are blindfolded and led to a mysterious location.

As a group, BTS are currently on a break to allow for members to focus on solo material. They still appear to be somewhat active, though, given the imminent return of Run BTS, an upcoming cookbook, and last week’s release of their collaboration with Benny Blanco and Snoop Dogg, ‘Bad Decisions’. Earlier this week, too, Swedish duo Galantis teased a collaboration of their own with the group.

At the end of July, BTS rapper J-Hope made history as the first South Korean artist to headline Lollapalooza, performing tracks from the BTS catalogue as well as his recent debut solo album, ‘Jack In The Box’. Earlier this week, J-Hope announced a limited edition vinyl pressing of the album.

In other BTS news, South Korean defence minister Lee Jeong-seop shared at a National Defence Committee that the group may still be allowed to hold concerts and “continue performing for national interests” while its members serve their compulsory military terms.