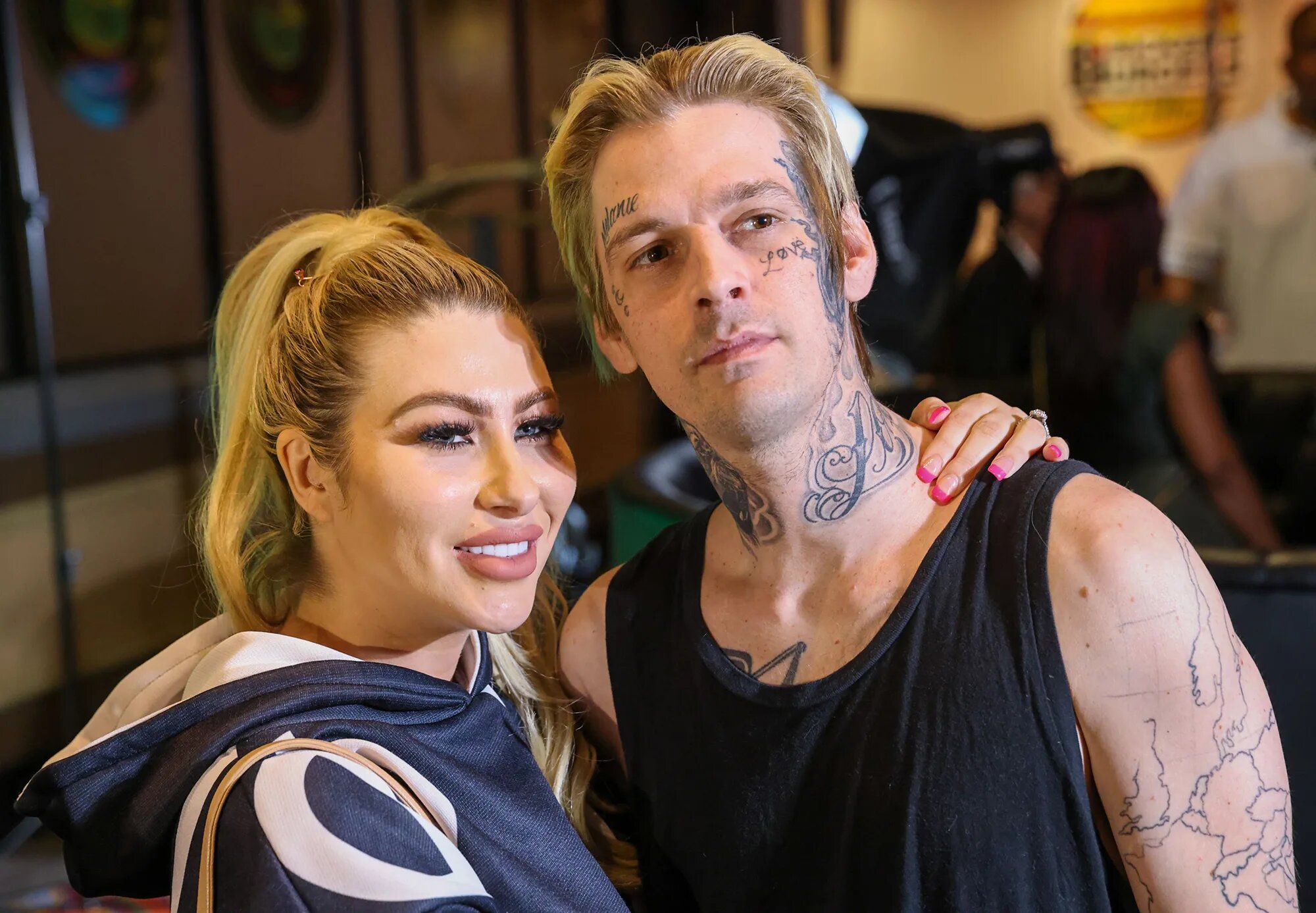 Melanie Martin, the fiancée of Aaron Carter, put on a brave face during her first Thanksgiving without him.

This month, the singer was discovered tragically dead in the bathtub of his California home at the age of 34. His cause of death remains undetermined.

Melanie took to her Instagram Stories on Wednesday to give fans an update on her Thanksgiving celebrations as she gathered with family and friends.

The social media influencer posted an adorable video of her one-year-old son Prince, who she shared with Aaron, as he smiled for the camera.

The tot was dressed in a red cardigan and stood next to his mum as they shared a sweet family moment.

Melanie wore a stylish pink sweater which she paired with blue jeans and black boots. She opted for a glamorous makeup look and spent the day laughing with friends.

Melanie was tagged in a video by her pal Monet Babazadeh who showed off their Thanksgiving feast.

There was plenty on offer including a turkey, bread rolls, Brussels sprouts and of course, a range of different flavoured pies. 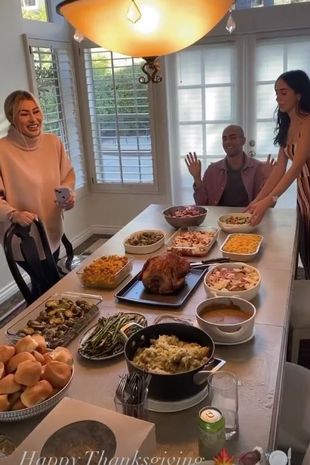 Earlier in the day, Melanie shared a tribute throwback video of her, baby Prince and Aaron as he played piano for her.

She captioned the Instagram post: “I can barely watch this video but I thought I would share. I loved these moments we had such a beautiful family.”

Fans offered their support to Melanie, with one person writing: “What a precious moment. The holidays are the hardest but you’ve got this!!!”

Another said: “I’m so sorry Melanie,” while a third commented: “You guys are so beautiful together and he is watching over you.”

“Such special memories to always carry with you and show your baby boy,” penned another.

The family at Chuck E. Cheese in Costa Mesa, California for the party, which was decked out with balloons and a picture tribute to Aaron.